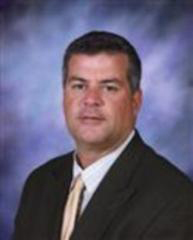 West Long Branch — After an extensive search and months of interviews, discussions and votes, the Shore Regional High School and West Long Branch Boards of Education have approved New Egypt Principal Tom Farrell as the new Superintendent for both districts in a shared service agreement.

The decision is the result of a study that started in early 2012, which concluded that sharing a superintendent could result in savings to both districts.
For the last couple of years, both districts have been working with interim superintendents. Since both boards were looking to share services, they commissioned a study on the benefits. In May, the research concluded that they two districts could save as much as $150,000 a year by having the same superintendent represent both schools.
The two schools are not merging. West Long Branch remains a separate district from Shore Regional. West Long Branch, Oceanport, Monmouth Beach and Sea Bright all send their high school students to Shore Regional. West Long Branch, Monmouth Beach and Oceanport also run elementary school districts.
In a press release, Farrell stated that he would work to foster success by creating relationships.
“I am very excited about this opportunity and great challenge. I truly believe that relationships form the foundation for learning and that ‘no significant learning can take place without a significant relationship’. This philosophy forms my foundation on educational leadership,” Farrell stated.
“I am very thankful and grateful to the West Long Branch Board of Education and the Shore Regional Board of Education for affording me the opportunity to promote this philosophy.”
Farrell has been employed in  the Plumsted Township School District, having spent his first three years as a Business Education teacher in New Egypt High School, three years as the Assistant Principal of New Egypt Middle School, and for the last five years as Principal of New Egypt High School.
During the 2006-2007 school year, he also served as Director of Technology and Communications for the district. He served as the head football coach for seven years.
Farrell serves as an adjunct professor of business at Ocean County College. Prior to coming to the Plumsted Township School District, Farrell was an Assistant Athletic Director, Business Education teacher, and coach at Monsignor Donovan High School. He has coached at the college level and brings a wealth of practical business experience from his years in the corporate world.
Farrell is currently matriculating in a Doctor of Education Program in Leadership at Creighton University. He has earned an M.B.A. from Monmouth University and a Bachelor’s Degree from Syracuse University.
Farrell said he looks forward to working with two Boards of Education and stated that “as long as we all keep the students in mind first, we will be successful.
“I truly believe that it’s relationships, not programs or budgets that change students and make successful schools. A great program simply creates the environment for healthy inter-personal relationships to form between staff and students. Young people thrive when adults care about them on a one-to-one level, and when they have a sense of belonging to a caring community” he added.
Tom Farrell will begin his duties as Superintendent of Shore Regional High School and West Long Branch School district on April 15.