AUSA honors those who are helping veterans 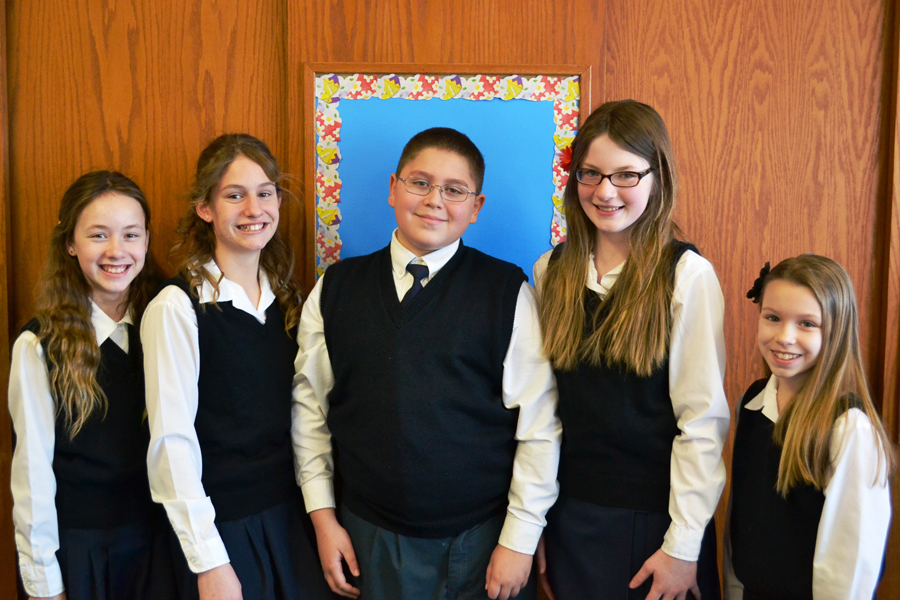 By Neil Schulman
Eatontown — The Monmouth Chapter of the Association of the U.S. Army (AUSA) held a luncheon on Friday to honor those companies which help veterans with employment and other issues. 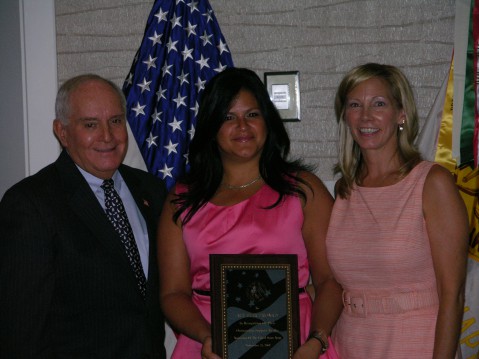 Mayor Gerald Tarantolo and Monmouth AUSA President Susan De Vila (right) present a plaque to ACE Electronics, one of over 30 corporations that support the AUSA.

Guest speaker Lt. Col. Jeff Cantor, known sometimes as “the mayor of Kirkuk” for his role in bringing order to that diverse Iraqi city in 2003, spoke about what his employer, AstraZenica Pharmaceuticals, and others are doing to help veterans.
The AUSA had several displays and flyers discussing employment opportunities for returning veterans, such as the Hero2Hired program, connecting companie

s with experienced, qualified veterans.
Mayor Gerald Tarantolo said that this could be important for the local community, as businesses look to move into the closed Fort Monmouth properties.
“Fort Monmouth is coming back, and I think this group could be part of the energy that really gives Fort Monmouth a boost,” Tarantolo said.
Cantor said that veterans, unfortunately, still lag behind the country when it comes to employment. While the national unemployment rate has dropped t

o 6.9 percent, those who served in the military since 9-11 are at 7.5 percent. Veterans age 20-24 have an unemployment rate of close to 20 percent, he said.
“Twenty-two veterans are committing suicide every day. A lot of that has to do with the fact they can’t find meaningful employment,” he said.
While Walmart has pledged to hire 100,000 veterans, Cantor says that’s not enough of a solution. Veterans need skilled, well-paying jobs, and they have the qualifications for them, he said.
Fortunately, many companies have taken a pledge to work together to find that many skilled jobs for returning veterans. Many go beyond just offering employment.
For example, the G.E. website not only lists job openings, but has information to let troops see what careers their skillsets would help them with. Chase not

only works to get veterans jobs, but also assists them with finding housing, another significant problem for many returning troops.
“They’re part of the 100,000 Jobs Mission, which my company is also part of,” Cantor said.
Cantor, a District Sales Manager for AstraZenica and Marlboro Councilman, helps oversee his company’s veterans program.
He actually had experience in getting people employment from his work in the military. Cantor has performed Civil Affairs missions in Cameroon, Kosovo, Moldova, Croatia, Hungary, Serbia, Germany, Iraq and Afghanistan.
While in Kirkuk, an Iraqi city with over 1.2 million people, he had to find a way to bring order. Kirkuk was an “ethnic hotbed,” he said, with not just Sunni and Shiite Muslims, but also Christians, Kurds and other factions. When the U.S. got there, they were a

ll vying for power. That wasn’t the only problem.
“When we got there, there was 80 percent unemployment,” Cantor said.
He took the former Baath Party headquarters, and transformed it into an employment agency, training 8,500 men and women, and helping them get skills to rebuild schools, train police and other necessary infrastructure.
Cantor also made sure to meet with representatives from each of the factions, and learn their needs and concerns.
“Sunni Arabs had problems the Shiite didn’t have,” he said.
Cantor not only brought jobs there, but helped the factions create a new government, formed with representatives from all factions.
“This was the first voted on City Council after the fall of Saddam Hussein,” he said.