Wiffle Ball at Wolf Hill was a success

Spartan softball ends with a 4-0 loss 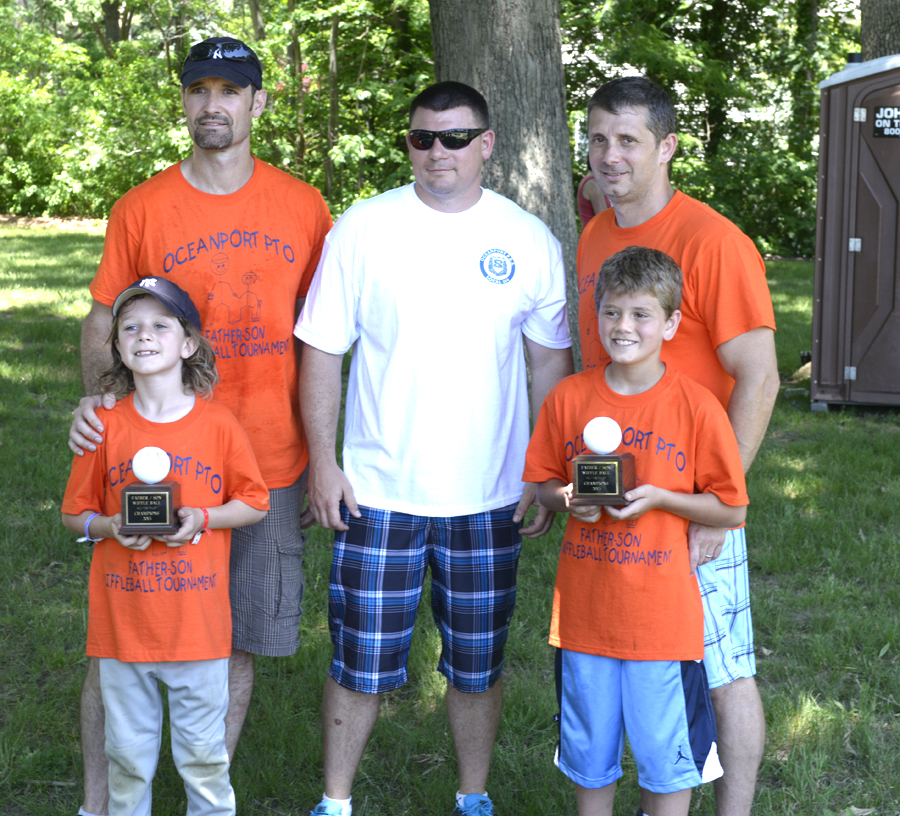 By Walter J. O’Neill, Jr.
Oceanport — Over sixty students from Wolf Hill Elementary School and their dads braved the extreme heat on Saturday morning to participate in the Fifth Annual Oceanport PTO Father-Son Wiffle Ball Tournament.
One of the unique parts of this tournament is the live draft, where the players find out who their teammates are. Each team is made up of two students and their dads. The boys range from first through fourth grade.
“Before the first pitch was thrown, fourth grader, AJ DeNucci sang an amazing rendition of the National Anthem,” said Mary Alyce Turner, one of the organizers. As always celebrity guests conducted all the pitching. Mayor Michael Mahon, Councilman Joe Irace, seven members of the Oceanport Police Department and Melanie Lipinski, Principal of Wolf Hill School were all trying to throw strikes on Saturday morning. 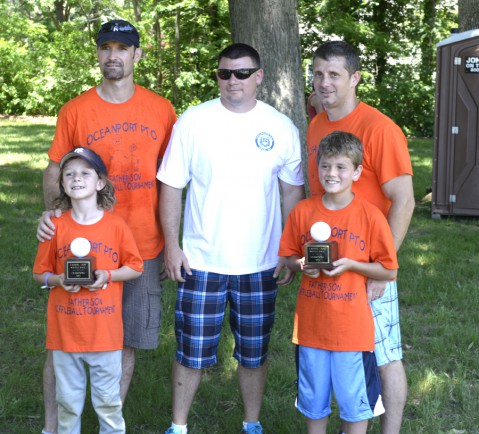 “The large crowd at Wolf Hill got to enjoy a morning filled with exciting games, complete with diving catches and fence clearing homeruns,” said Turner. Throughout the morning the students, dads and spectators had the opportunity to enjoy a feast as many local businesses donated food. “Caputo’s Bakery gave us an assortment of danishes and muffins, bagels from Fanagle the Bagel, and pizza from Enzo’s Deli and three six foot subs from the Oceanport PBA.”
As temperatures reached 95 degrees on Saturday, the players cooled off with Italian Ices donated by Gracie and the Dudes and an Ice Cream Truck filled with frozen treats all paid for by the Oceanport PBA. In all 30 teams competed for the coveted Wiffle Ball Trophy. 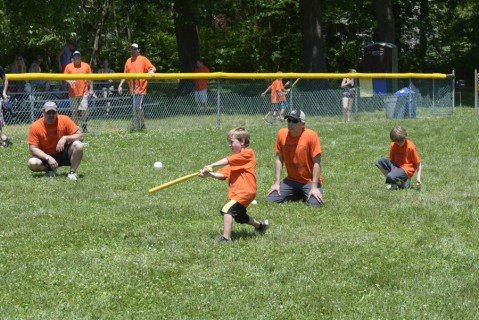 The winning team consisted of third graders Mitchell Cullen and Ryan Turner. Of course their dads, Brian Cullen and Bobby Turner played a small role in the victory. “The PTO would like to thank all who volunteered and participated in this “Friend” draiser. It was a fun day by all and a great way for the community to come together,” said Turner.