Spartan softball ends with a 4-0 loss

Wiffle Ball at Wolf Hill was a success 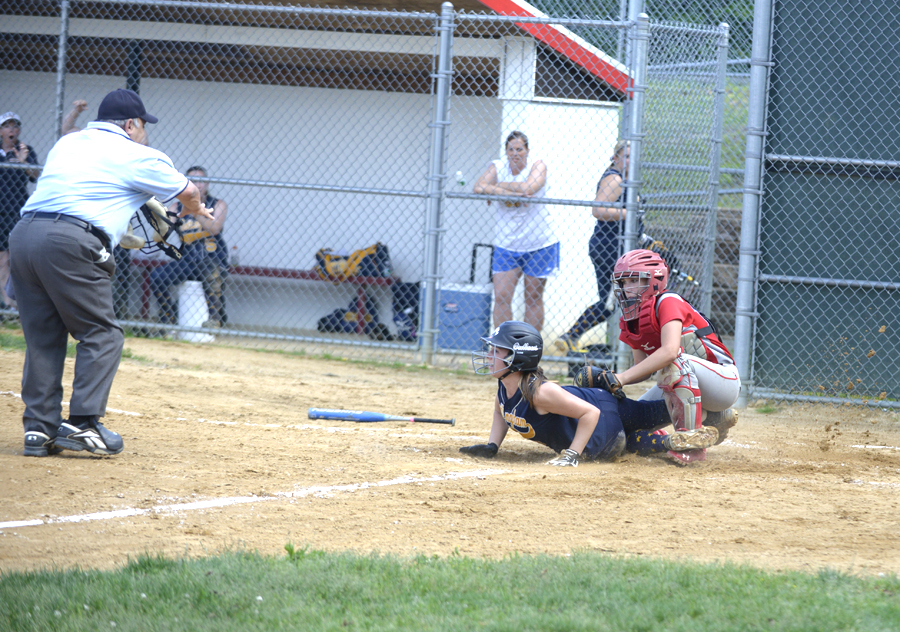 By Walter J. O’Neill, Jr.
High School softball teams play all season with the hopes of making it to the NJSIAA State Tournament. For the Spartans of Ocean Township they were given the six seed in the Central Jersey Group 3 bracket.
Ocean opened the tournament with an 8-2 win over the eleventh seed Bucs of Red Bank Regional. In the quarterfinals, the Spartans upset third seed Northern Burlington 10-3 and were riding on high hopes into the semifinals  where they hosted the sixth seed from Nottingham last week. 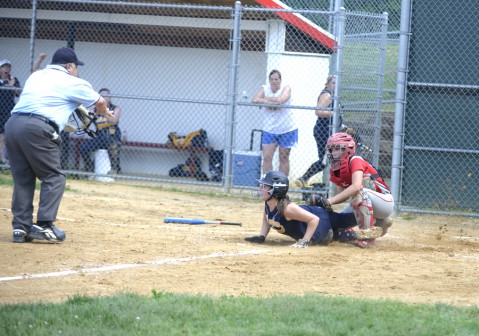 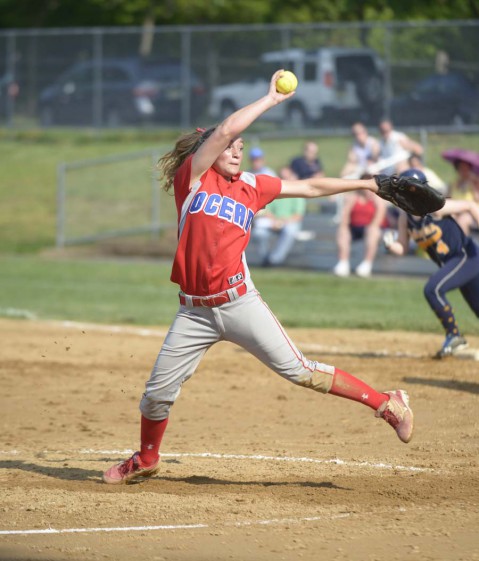 Walter O’Neill LINKsports In her wind up is Ocean Township senior Ginna Kinhofer during the NJSIAA Central Jersey Group 3 semifinals against Nottingham last week. Ocean lost the game 4-0, and Kinhofer ends her career with a 47-26 record in the circle.

Frankel said that the lack of hitting when needed and a couple of defensive lapses in the field, opened the door for Nottingham to take advantage and plating one run in the second and one run in the third innings. “They put us away with two runs in the seventh,” said Frankel. “Overall it was a rewarding season. Led by the pitching and hitting of Gianna Kinhofer and the hitting of Jenna Ambrosio, we advanced further in the Monmouth County, Shore Conference Tournament and the State Tournament than we have in quite a while.”
Kinhofer ends her career as a Spartan pitcher with a 47-26 record. This year she had her best record going 19-7 in the circle. At the plate she finished with 136 lifetime hits and 16 homeruns, ten this year and six last season. Her career batting average ended up at .449, and has a total of 106 RBI’s. 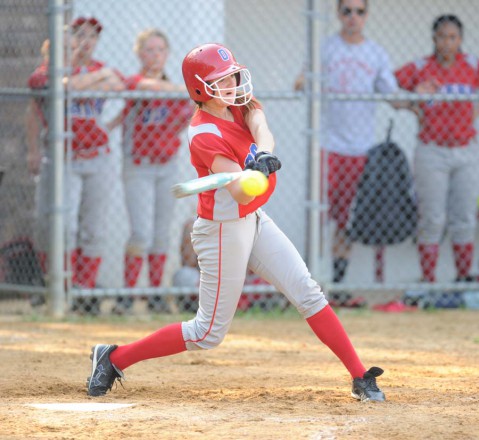 Walter O’Neill LINKsports Jenna Ambrosio (5) a senior at Ocean Township had more at plate appearances this season than any other Spartan with 88. She finished the season with 30 hits and a career .382 batting average. Here she makes contact during the NJSIAA Central Jersey Group 3 semifinals against Nottingham.

The most appearances at the plate this season for the Spartans was Ambrosio with 88. She finished the season with 30 hits, 18 singles, nine doubles, one triple and two homeruns. She had 14 RBI’s this year and finishes her career as a Spartan with a .383 batting average.
“Obviously Ginna and Jenna will be difficult to replace,” said Frankel. “We return several veterans in 2014, hope that some of the junior varsity players and freshman can make the transition to varsity ball and are optimistic that a couple of eighth graders might make the leap to varsity as freshman.”