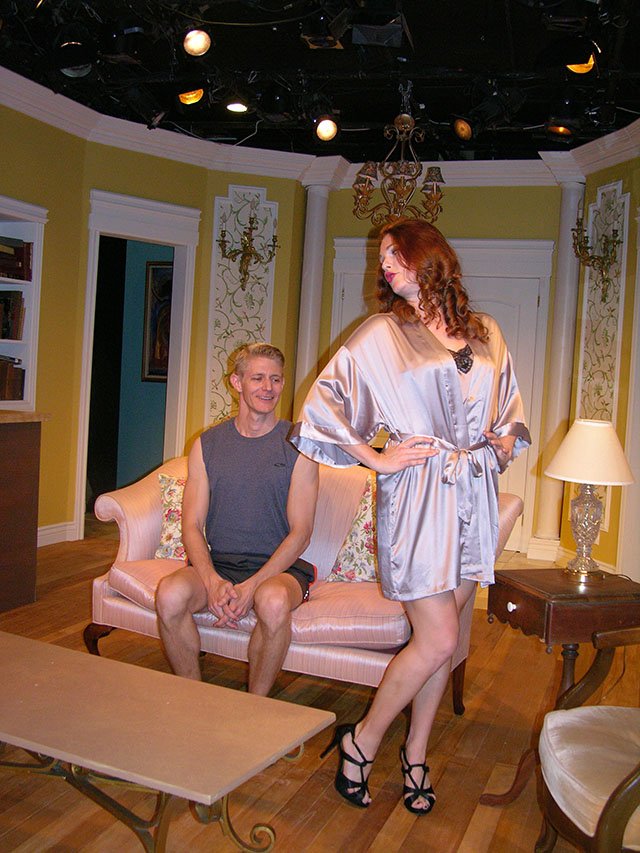 By Neil Schulman
Playwright Marisa Smith knows that comparisons with “Guess Who’s Coming to Dinner” are inevitable in her new comedy, “Saving Kitty.” The characters themselves acknowledge it.
When it makes its New Jersey premiere at the New Jersey Rep this Thursday, Kitty (played by Sarah Nealis) brings home her boyfriend (played by Christian Pedersen) to meet her parents. Instead of race, the issue is faith — he’s an evangelical Christian. Kitty’s liberal mother, a former soap opera actress (Judith Hawking), is far from pleased. 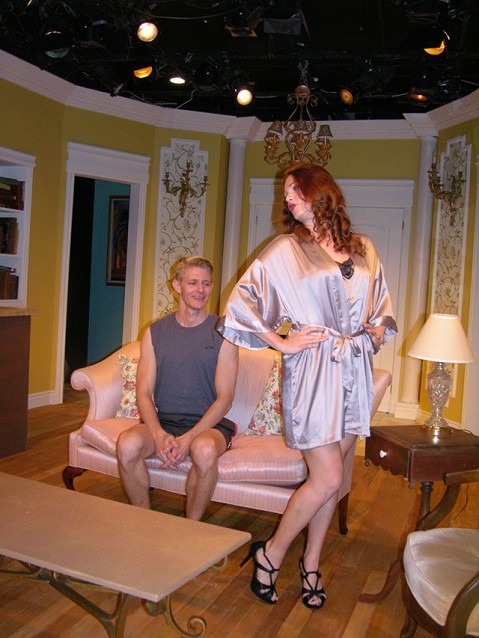 What follows is a look at faith, love, and politics, with a comic lens.
One of the reasons that Smith wrote this comedy was to shed a different light on evangelicals. She isn’t one, but says that they often seem to be “the last prejudice of the elite.” She’s been at parties where attacks on Christians “were just vicious.”
She’s found that those she’s talked to are much more nuanced than the stereotypes, and she wanted to make sure hers didn’t come across that way.
“He’s a very sympathetic character,” she said. “I interviewed a bunch of evangelical men.”
Her other characters are also based on multiple people in real life, combining various traits.
While Smith says that this is, basically, a romantic comedy, there’s more than just an unhappy mother and boyfriend who doesn’t fit in to this play. Part of it involves a situation where the Turkish army has been taken over by Islamic fundamentalists.
Smith says that she tries to write to give a feeling of heightened reality, not naturalism. Her writing has been described as “A.R. Gurney on acid.” (Gurney wrote “Love Letters”).
Working at NJ Rep has been a great experience, she says. Seeing the play acted out, under the direction of Evan Bergman, has allowed her to refine the script. Until you see a play acted, you don’t know whether parts are successful or not.
“The actors add so much to it, and they illuminate it so much. They reveal its strengths and flaws,” Smith said. “That’s what so great about what NJ Rep does. We have an opportunity to work on a play, refine it.”
Smith is looking forward to the premiere of “Saving Kitty,” when she’ll have a chance to meet the final character of the play.
“The last character who enters a play, if it’s a comedy, is the audience,” she said.
Saving Kitty runs from July 25-Aug. 25 at NJ Rep, 179 Broadway, Long Branch. Previews ($35) are this Thursday and Friday, 2 and 8 p.m., and Saturday, 3 p.m. Opening night with reception ($60) is Sat., July 27, 8 p.m. Regular performances ($40) are Thur. and Fri., 8 p.m., Sat., 3 and 8 p.m., Sun., 2 p.m.
Senior and student discounts are available. For tickets or information,