Beautiful life ends after a fender-bender

‘You are too young to remember, but never forget’ 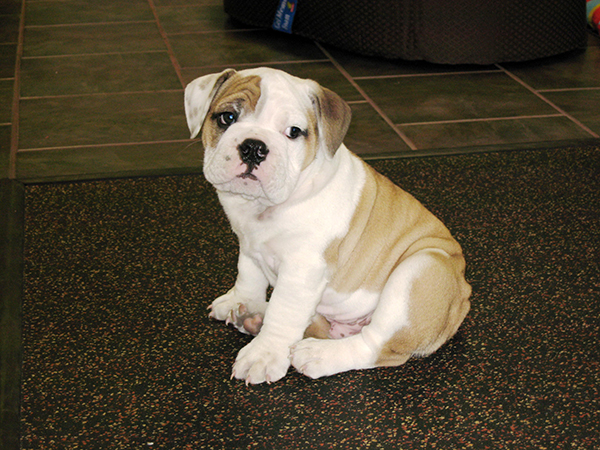 While he loves to hang out at the gym, Chuck the English bulldog is into a whole different sort of training.

By Coleen Burnett
Long Branch — Chuck just moved to the Jersey Shore from Indiana. He loves to meet new people and he’s very social. He’s made lots of new friends. He loves the ocean and hanging out at the gym. To say he lives a dog’s life is the absolute truth. 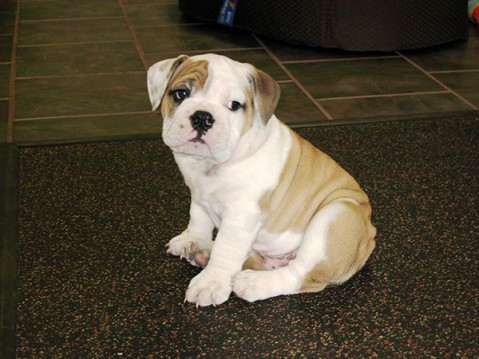 While he loves to hang out at the gym, Chuck the English bulldog is into a whole different sort of training.

Chuck is a nine-week-old English bulldog.
So what, you say? That’s nice. A little puppy has found a new home. So why am I reading this in the Link? That’s hardly earth-shattering news.
But the true story lies in what’s to come. Chuck is in line to be a therapy dog. Someday soon — if you have the misfortune to be laid up in Monmouth Medical Center — Chuck could pay you a visit that will warm your heart (and lower your blood pressure).
Chuck does love to hang out at the gym — his “forever family,”  Nancy Marcus and Ron Genovese, own Envision Health and Fitness on Ocean Avenue in Long Branch.
Marcus told the Link that Chuck began his life in July as part of a litter of pups born outside Fort Wayne, Indiana by a family of professional breeders known as Elite Quality Bulldogs. From the beginning, Chuck had an outgoing personality and seemed to be unafraid of new situations, such as elevators. Those are qualities that will stand him in good stead if he wants to be a therapy dog.
“I attribute his personality to his breeding,” she says.
The dog, who is American Kennel Club registered and whose daddy was a champion, has already been introduced to the therapy staff at Monmouth Medical, who were bowled over by his personality.
“They feel he would be an asset to the program,” says Marcus. To get in, Chuck has to pass a battery of medical tests, psychological evaluations, and training. Marcus has no doubt that the pup will pass with flying colors.
But first Chuck has some growing up to do. Right now he’s content to play with his chew toys, greet everyone as they come in the front door, and take naps when needed. “He’s been a wonderful addition to the gym,” she smiled.
”If you’re having a bad day come on over and get a little unconditional love.”