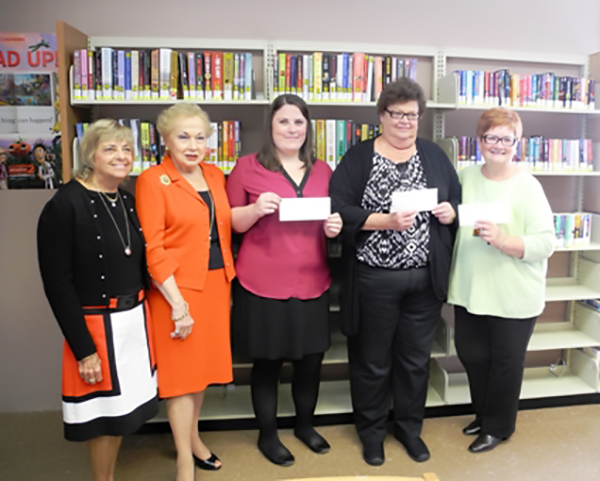 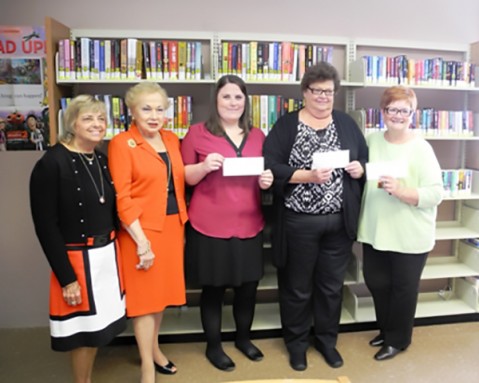 “We are touched by all the people who donated to our libraries damaged by Sandy, and we thank them for their generosity,” said Freeholder Burry. “We all know how much the residents in Sea Bright, Monmouth Beach and Oceanport value their libraries, and the money will be put to good use.”
Burry noted that many of the Monmouth County Library branches and member libraries were able to act as “ports in the storm” during Sandy, offering residents a warm and dry refuge with a place to charge their electronic devices and make use public computers.
Swartz emphasized the Monmouth County Library’s increasing role in the community and said, “Hurricane Sandy was yet another example of how the Library in recent years has evolved and expanded, so that the Library now functions as a true community center for residents.”
Palmer said the NJLA received calls from people all over the country – and from as far away as Scotland – who wished to help New Jersey libraries damaged by Superstorm Sandy last October.
As a result, the NJLA took in more than $13,000 in donations and formed the Save Our New Jersey Libraries fund, according to Tumulty. The money raised is being equally distributed to the seven libraries throughout the state that were damaged by the storm. Each library will receive $1,942.
Oceanport branch manager Katie Kenny, Monmouth Beach Library director Judith Bakos and Sea Bright Library director Joan Walsh accepted the checks.
Other officials attending the ceremony included Oceanport Borough Council members Ellynn Kahle and William Johnson and Monmouth County Library director Ken Sheinbaum.
The Oceanport Library, which was flooded with almost two feet of water from the Shrewsbury River during Sandy, was closed for renovation for almost nine months, and re-opened on July 1.
The library on Ocean Avenue in Sea Bright was severely damaged by the storm’s tidal surge, but borough officials are currently renovating the building. The Monmouth Beach Library is now operating out of a room in the Monmouth Beach Borough Hall until a decision about more permanent residence is made.