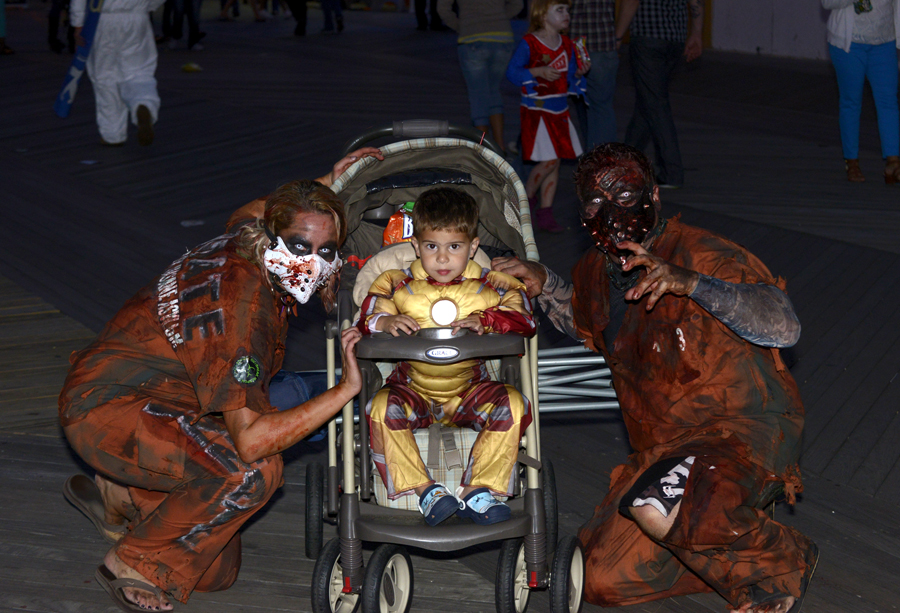 Its officials, all the blood and guts seen along the boardwalk in Asbury Park on October 5, made the Guinness Book of World Records for the largest Zombie Walk in the World.

The number that put the Sixth Annual Zombie Walk into the books was 9,592 blood-soaked, white faced, missing eyes and limbs undead. They gathered on the Asbury Park boardwalk at 3pm to win back the title they held until a Minneapolis bar/pub held a Zombie Crawl last year with 8,027 participants.

Guinness World Records set up turnstiles and monitored as Zombies as they dragged their bodies through. Just after 5pm it was official that the undead had added up to 9,592 according to Michael Empric, adjudicator for the Guinness World Records, who observed from atop of Convention Hall. 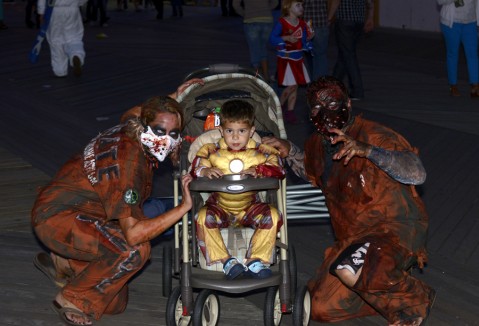 Jason Meehan, who created the Zombie Walk, announced to the thousands gathered in Asbury Park that they had broken and set the new world record. “New Jersey zombies, we did it again,” he shouted into a microphone. “How does it feel to be two-time world record-holders?”

This year the event was branded by “Stronger Than the Storm” however, some hardcore zombie enthusiasts feel that when the government starts embracing such blood and guts events the zombies could lose their subversive edge.

One thing was certain this year in Asbury Park; it was much more of a family event than in years past. Many younger zombies and teenagers were participating. Lining the boardwalk were many local kids getting a kick out of the elaborate costumes and makeup.