Mercedes truck gets decapitated at trestle 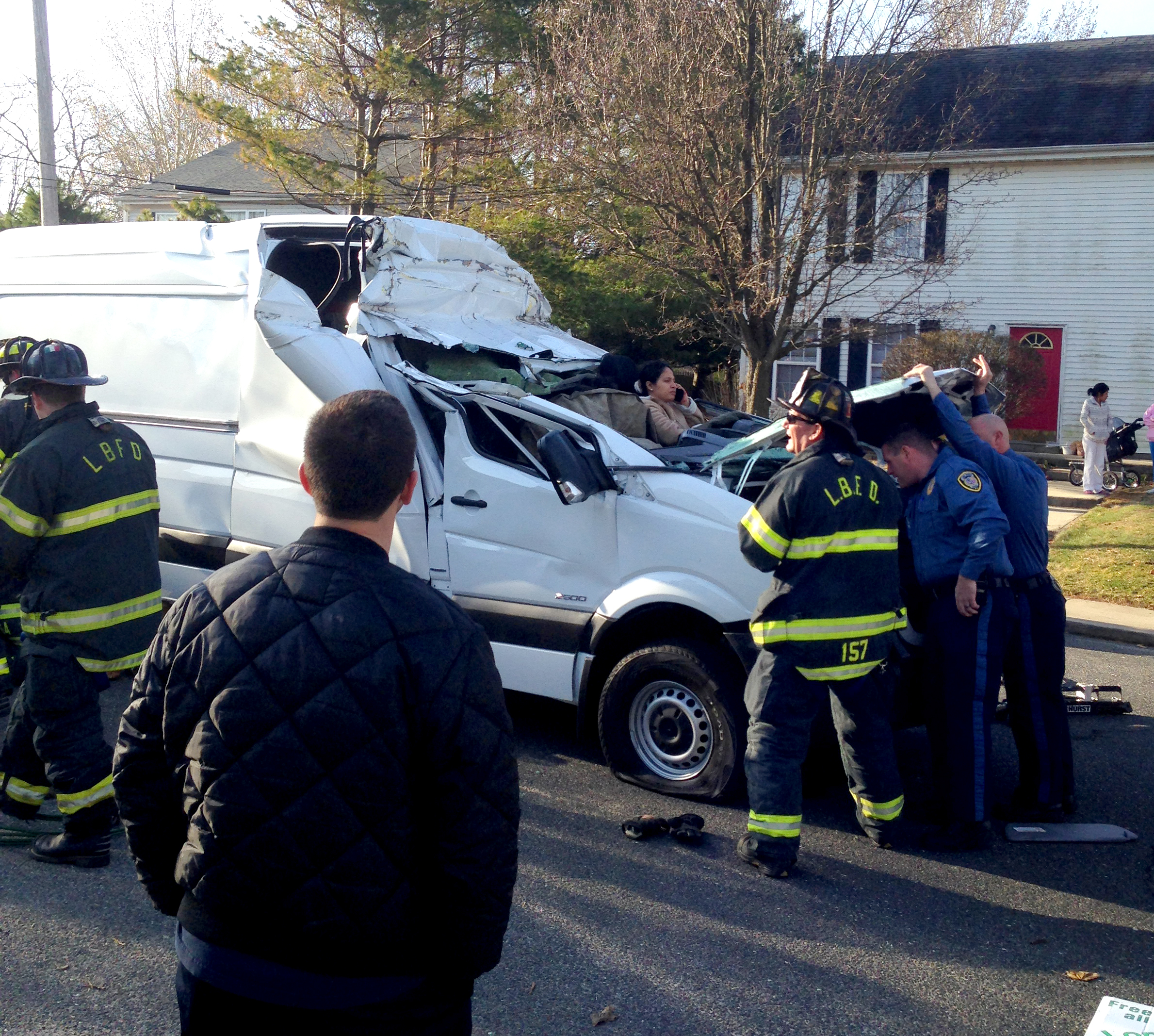 The driver of the 2014 Mercedes truck is on the phone after crashing into the Eastbourne Ave trestle on Thursday morning. Under the tarp to her right are two young girls who had to be cut out by firefighters.

Long Branch – A brand new 2014 Mercedes Benz Sprinter box truck that was about nine feet in overall height attempted to drive under the Eastbourne Avenue railroad trestle on Thursday morning at 8:00 a.m.

Apparently the female driver of the Mercedes didn’t see the bright yellow warning signs saying the trestle has a low clearance of 7’1” and slammed into the steel railroad overpass ripping off the top portion of the truck.

The impact was so traumatic that the windshield blew out in and glass fragments were all under the trestle. One neighbor who lives across the street from the trestle stated that she ran outside afte 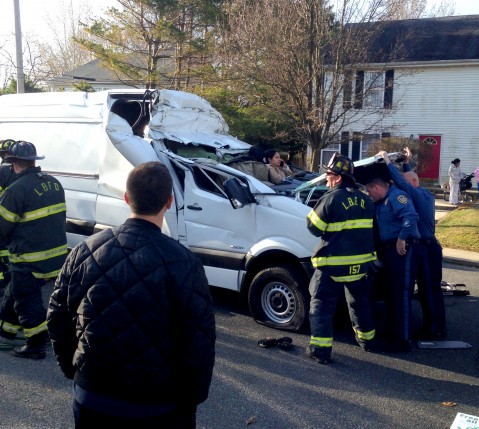 The driver of the 2014 Mercedes truck is on the phone after crashing into the Eastbourne Ave trestle on Thursday morning. Under the tarp to her right are two young girls who had to be cut out by firefighters.

r hearing the crash and saw three females yelling and the entire top of the cab was cut right off. That resident added what was left of the windshield was lying on top of the three females.

Long Branch police and fire department quickly responded as did members of the Office of Emergency Management. The Mercedes was secured and the passengers had to be cut out of the mangled remains. The roadway did not appear to have break marks, but the trestle did show signs of impact.

New Jersey Transit police and rail inspectors quickly responded and found the overpass and rails to be in proper condition. No trains were impacted by the accident.

Also responding to the location was Long Branch Public Schools Superintendent Michael Salvatore, as it was first reported as a bus accident. It turned out that two of the victims were students of the district and the driver was taking them to school.

The Mercedes was purchased on March 27, and was registered to a hard wood floor company out of Ocean Township. The truck was so new that it didn’t contain any items, and the driver might not have been familiar with the specifications of the vehicle.

As of this time police have not identified the driver or the condition of the victims, all three were taken to Monmouth Medical Center. The accident is still under investigation and no further details on any summonses that will be issued or not issued