Pedestrian dies after being hit by a truck 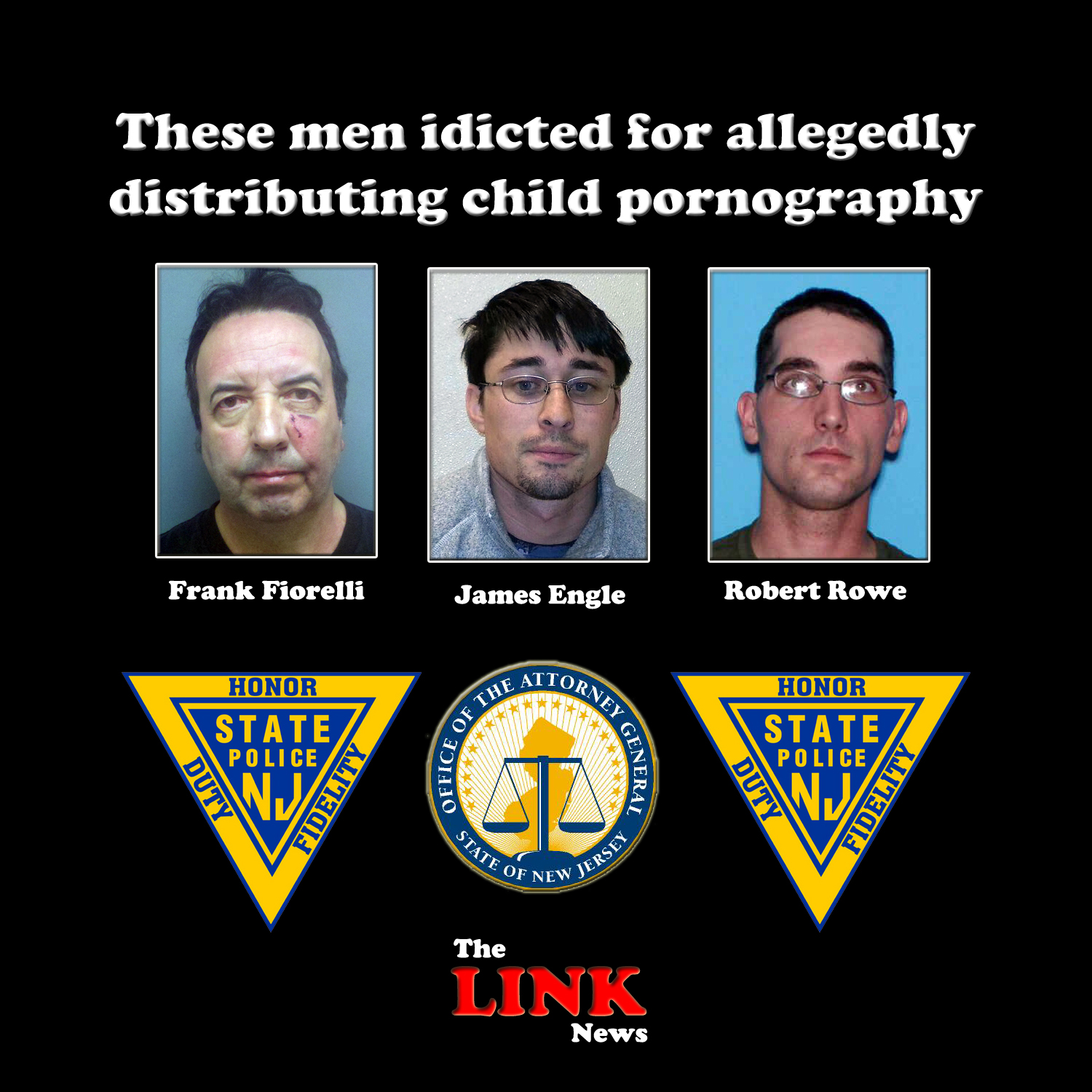 TRENTON – Acting Attorney General John J. Hoffman announced that three men were indicted today for allegedly distributing child pornography over the Internet. They had been arrested in two separate child pornography sweeps conducted by the New Jersey State Police, the Division of Criminal Justice, the New Jersey Internet Crimes Against Children Task Force and federal partners. Two were arrested in 2013 in “Operation Ever Vigilant” and one in 2012 in “Operation Watchdog.” 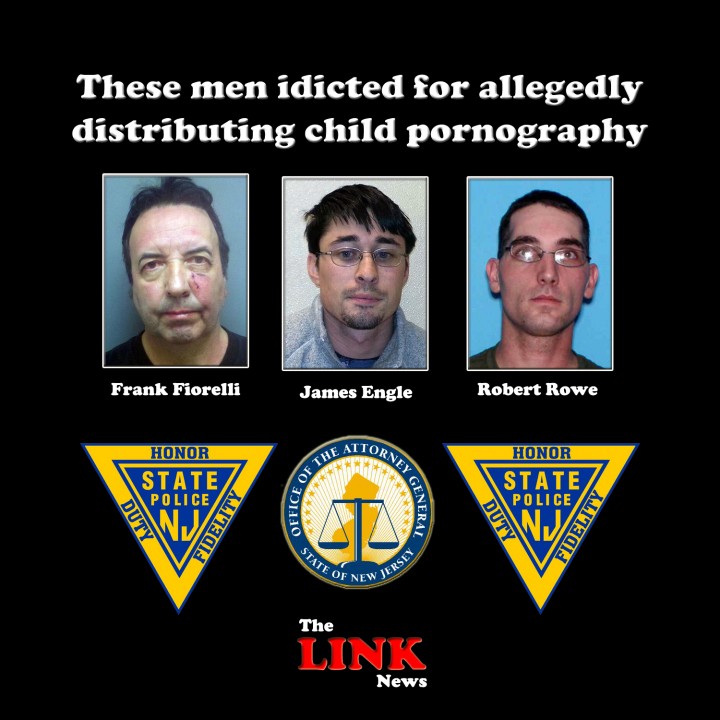 It is alleged that each of the three defendants knowingly used Internet file sharing software to make multiple files containing child pornography readily available for any other user to download from a designated “shared folder” on his computer.

“We charged over 50 defendants from throughout New Jersey in the two child pornography sweeps in which these defendants were arrested,” said Acting Attorney General Hoffman. “With these major operations, we deliver a powerful message that sharing child pornography online is a serious crime that puts these offenders in league with those who torture and sexually exploit innocent children to create these loathsome materials.”

“Those who believe that viewing child pornography online is a victimless crime could not be more wrong. Children are re-victimized each time another user views them being sexually abused in the public forum of the Internet,” said Director Elie Honig of the Division of Criminal Justice. “We’ll continue to work with our law enforcement partners to aggressively patrol the Internet and apprehend these offenders.”

“Those who think they are hiding anonymously behind a computer trading and watching this filth should know that we can find them and are coming after them,” said Colonel Rick Fuentes, Superintendent of the New Jersey State Police. “Our Cyber Crimes detectives continually uncover the identities of these online child pornography traders and arrest them.”

In Operation Watchdog, 26 men and one woman were arrested in March and April of 2012. In Operation Ever Vigilant, 24 men and one juvenile male were arrested in February 2013. Each child pornography investigation lasted about three months. In both operations, detectives linked all of the defendants to alleged use of the Internet to download and distribute images of child pornography. Peer to Peer, or P2P, file sharing networks play a major role in the distribution of child pornography. There is a large library of images and videos known to law enforcement, and these electronic files can be traced in various ways on the Internet. Detectives in both operations tracked transferred files to their origin and destination locations, downloading child pornography that the defendants allegedly offered from their computers on the P2P network.

The Digital Technology Investigation Unit of the New Jersey State Police coordinated both operations, in concert with the Division of Criminal Justice and other members of the New Jersey Internet Crimes Against Children (ICAC) Task Force. In addition, federal agents from the U.S. Postal Service assisted with Operation Ever Vigilant, and federal agents from ICE Homeland Security Investigations and the FBI assisted with Operation Watchdog. The Morris County Prosecutor’s Office provided valuable assistance in the Engle investigation.

Fiorelli was arrested on Feb. 19, 2013, when state troopers and members of the ICAC Task Force executed a search warrant at his home in Springfield, Union County. The State Police TEAMS Central Unit forced entry after Fiorelli refused to answer his door. Fiorelli allegedly grabbed a handgun and shouted at the officers to get out of his home. When troopers saw Fiorelli holding the gun at the top of a stairway, they ordered him to drop it. Fiorelli put down the gun, but he allegedly resisted other commands and struggled with officers as they restrained him. Detectives found multiple images and videos of child pornography on a computer owned by Fiorelli. They seized five handguns and a shotgun from the residence.

Engle was arrested on Feb. 19, 2013, when members of the State Police TEAMS Unit and the ICAC Task Force executed a search warrant at the residence where he was boarding at the time in Budd Lake. Detectives found multiple images and videos of child pornography on a laptop computer owned by Engle.

Rowe was arrested on April 12, 2012, when members of the State Police TEAMS Unit and the ICAC Task Force executed a search warrant at his residence in Union Township. Detectives seized two computers that Rowe owned, a desktop PC and a laptop, which allegedly contained multiple images and videos of child pornography.

The ICAC Task Force in New Jersey works with out-of-state partners to share information on distributors and users of child pornography. A major partner is the National Center for Missing and Exploited Children in Washington, D.C. They maintain a national, toll-free tip line for the public to report crimes against children: 1-800-THE-LOST, or 1-800-843-5678. The tip line brings hundreds of leads to the New Jersey ICAC Task Force on sexual crimes against children.