Schools will be closing for the summer! 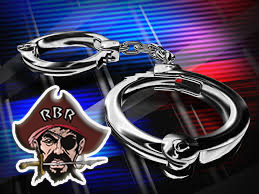 Darnell Lewis, 37, an employee of RBR was arrested and charged with sexual assault on a student

Red Bank – Rumors have been swirling around for the past two weeks about staff members at Red Bank Regional High School who were involved in a sexual relationship with students.

Well, it’s official that at least one name has become public as the Monmouth County Prosecutor’s confirmed they are investigating the allegations that Darnell Lewis, a former substitute teacher, who also worked as a hall monitor and assistant football and basketball coach, had a sexual relationship with a 16-year old female student.

Darnell Lewis, 37, an employee of RBR was arrested and charged with sexual assault on a student

According to law enforcement reports, Lewis is accused of having sex with the girl on at least three different occasions between December 31, 2013 and April of 2014. Police say that Lewis took the 16-year old girl to his home on Leighton Avenue where they engaged in sexual intercourse.

Lewis was arrested and is currently residing in the Monmouth County Correctional Facility in lieu of his $200,000 bail, which was set by Superior Court Judge Angela White Dalton.

Rumors of another coach who possible could have been involved with a student have not been confirmed or denied by school officials. However, when asked if the second individual is currently working at the school The Link News was told he is on “administrative leave.”

The Link News will not publish the name of the second suspect as he has not been charged, even though he is on leave from the high school.