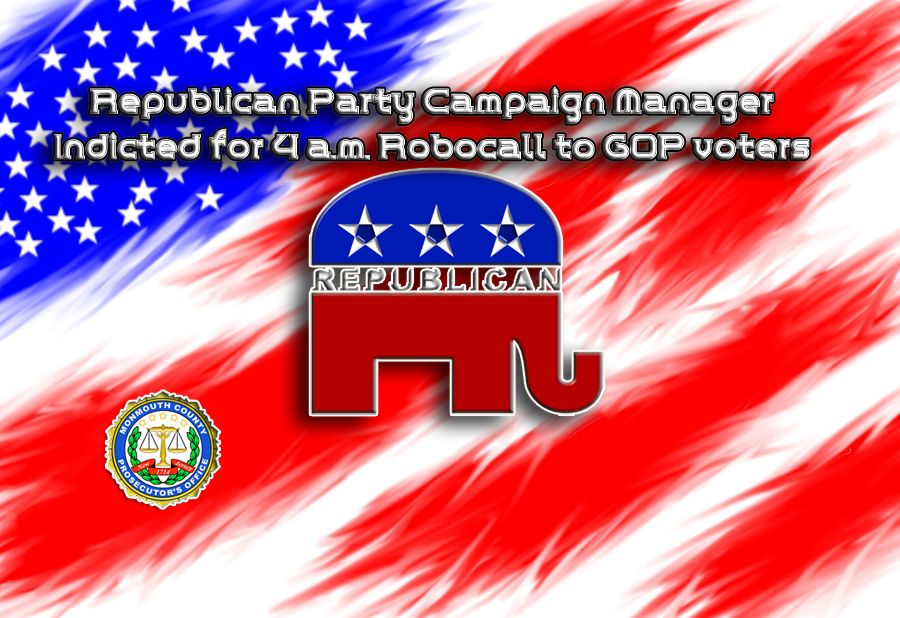 (FREEHOLD) The campaign manager of a Republican state senate candidate on the ballot last year has been indicted by a Monmouth County grand jury on a charge related to a 4 a.m. robocall urging voters to get out the vote for her Republican Party Primary Election opponent, announced Acting Monmouth County Prosecutor Christopher J. Gramiccioni.

Dwayne Horner, 45, of Little Elm, Texas, was indicted Monday on one count of fourth degree Impersonation. Horner was the campaign manager for Bayshore Tea Party Group-backed candidate Leigh Ann Bellew, who was on the ballot in the June 4, 2013 Republican Party Primary Election for the 13th Legislative District seat against incumbent State Senator Joseph Kyrillos.

Horner became Bellew’s campaign manager through his longtime association with Monmouth County resident Robert Linker, as co-owners of Digital Politics. On June 4, 2013, at about 4 a.m., a robocall (an automatic computer dialing system that can simultaneously send out as many calls as the caller decides) went out to registered Republican Party voters in the 13th Legislative District with the message: “Hi. We are calling on behalf of Joe Kyrillos, Declan O’Scanlon and Amy Handlin to remind you, you can still vote til 8 p.m., another four hours. Remember to get out and vote. Thank you.”

As part of the investigation by this Office, it was determined the caller’s phone number was “spoofed,” meaning the actual phone number of the caller was hidden and another number was substituted to reflect the call was coming from Monmouth County Republic Headquarters (MCRHq). The voice on the message was later determined to belong to Horner after an investigation was prompted by numerous angry phone calls to MCRHq demanding an explanation for the 4 a.m. call and an apology.

If convicted of Impersonation, Horner faces up to 18 months in state prison.