Housing Authority rents rise for some in city, many elsewehere 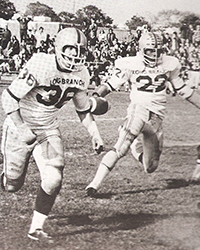 Long Branch High School senior Donald Covin (22) runs for a first down back in 1974 on the team. Now Covin is a member of the Long Branch Board of Education.

Long Branch High School senior Donald Covin (22) runs for a first down back in 1974 on the team. Now Covin is a member of the Long Branch Board of Education. 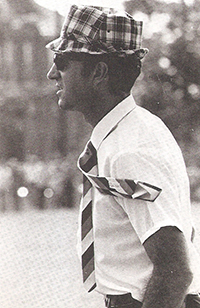 That year Glenn Covin was earned the title of “Player of the Year” from the Asbury Park Press.
“Glenn was probably the best football player to ever wear a Green Wave uniform,” said Joe Tuzzio, class of 1974.

“The reunion party will be held on August 18, here at my restaurant.”

During Covin’s senior year in 1970, he rushed for 1,000 yards and had 17 touchdowns and four 2-point conversions. John Penta, another big name running back for Long Branch, and Herbie Perez, a defensive tackle, were also given top honors that year by the Asbury Park Press.

Tuzzio, who graduated with Donald “Coach” Covin (now a Long Branch Board of Education member), stated that when Glenn was in college many of the Green Wave players went to see his game with Coach Schroeck, but they were late getting to the game.

“As we walked into the stadium, we saw them taking Glenn out on a stretcher. He had blown out his knee, and that was the end to his football career. He would have definitely played in the National Football League,” said Tuzzio.

During the 1971 season, the Green Wave moved into the B North division of the Shore Conference, one that has always had a history of being very competitive. That year Long Branch had four shutout victories.
It was also the first time that Long Branch faced neighbor Ocean Township on the football field. The team that year was led by Bob Davis, who ended up playing professional, Dean Joannou, Ron Greene and Steve Schwartz.

Nineteen seventy-four was not one of the record win years for Schroeck, as the Wave finished 2-5 in the A Division of the Shore Conference. Teams get realigned every few years in the conference. That year Long Branch suffered a number of injuries as reflected in their won/loss record.

However, senior John Walsh and junior Fred Balina led the offensive unit as they gained All-Shore recognition. On defense, Steve Hitman and Don Covin were the leaders. Covin was named the All-Shore Defensive Player of the Year.

“Coach Schroeck is 80 years old and the players from his years at Long Branch get together every 10 years,” said Tuzzio. During the summer, Schroeck lives in the New England area and goes to the south during the winter.

“His son lives in Monmouth Beach, so he stops in on his way in-between summer and winter locations. It’s always great seeing him and how active he is. I know a lot of us look forward to that reunion party.”
If you have any questions on the event please feel free to stop in and have dinner with Joe or call him at Tuzzio’s 732-222-9614.