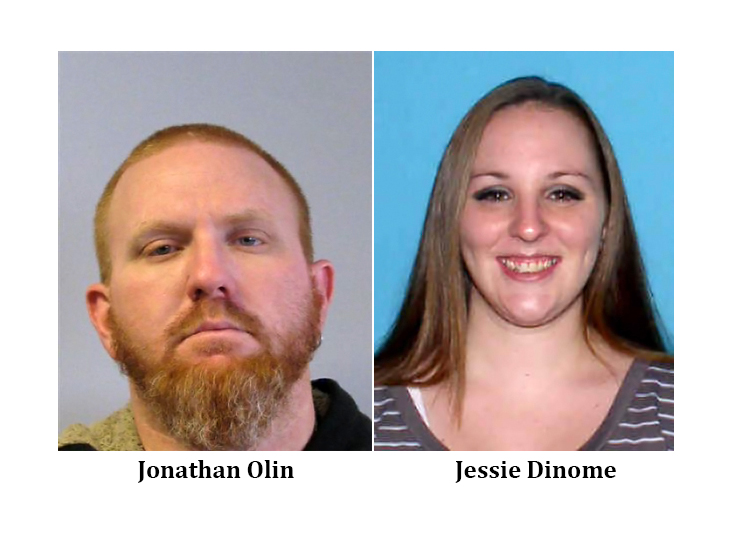 Jonathan Olin, 42, of Manalapan, the operator of D&D Auto Sales on Englishtown Road in Old Bridge, pleaded guilty to an accusation charging him with second-degree theft by deception before Superior Court Judge Anthony J. Mellaci Jr. in Monmouth County. Under the plea agreement, the state will recommend that he be sentenced to three years in state prison. He must forfeit his license to sell vehicles in New Jersey for a period to be determined by the court, and he must pay full restitution to the victims. In pleading guilty, Olin admitted that he orchestrated a scheme in which fraudulent titles were obtained for eight flood vehicles, seven of which were then sold to unsuspecting customers by Pinky N Brain Corp NJ, doing business as D&D Auto Sales.

Co-defendant Jessie Dinome, 30, of Jackson, who formerly worked as a technician at the Freehold Motor Vehicle Agency, pleaded guilty today to an accusation charging her with third-degree tampering with public records or information. The state will recommend that she be sentenced to up to 364 days in the county jail as a condition of a term of probation. She must forfeit her state job and will be permanently barred from public employment.

“By ruthlessly cashing in on Superstorm Sandy, Olin not only cheated customers of his car dealership, he put those customers and other motorists at risk, because these flood-damaged vehicles had the potential to fail and even catch fire on the highway,” said Acting Attorney General Hoffman. “Two of the cars did, in fact, fail shortly after they were purchased, but fortunately no one was hurt. We’ll continue to come down hard on dishonest business operators who unlawfully put their greed before the rights and safety of consumers.”

“Many people looked at the devastation left by Superstorm Sandy and saw an opportunity to help others, but this crooked car dealer instead saw an opportunity to deceive others and steal,” said Director Elie Honig of the Division of Criminal Justice. “We are sending a message that business operators who seek to profit criminally as a result of this type of disaster will face stern penalties, including prison.”

“This case is an example of government partners working closely for the public good,” said Raymond P. Martinez, Chairman and Chief Administrator of the NJ Motor Vehicle Commission. “Unscrupulous actors and fraudulent practices can undermine public confidence in our established system of commerce and create threats to everyone’s safety on our roadways. That is why the MVC, and our law enforcement partners, remain vigilant in the protection of all driver and vehicle documents.”

A former car salesman at D&D Auto Sales, Jacob Douek, 40, of Staten Island, N.Y., faces pending charges for allegedly deceiving customers about the flood vehicles. He is charged with conspiracy to commit theft by deception (2nd degree), theft by deception (3rd degree) and conspiracy to tamper with public records (3rd degree). A woman who worked as a clerk and receptionist at the dealership, Christina Farese, 33, of Old Bridge, also was charged in the case, but she has applied to the court to have the charges dismissed through participation in the Pre-Trial Intervention program.

The defendants carried out the fraudulent scheme from February through July 2013. The dealership acquired eight vehicles at auction that sustained flood damage during Superstorm Sandy. The eight flood vehicles acquired by Pinky N Brain were all insured by the same company, which paid claims on them as total losses after Sandy. The insurance company had the vehicles auctioned without titles under “bills of sale,” designating them as to be used “for parts only.”

At Olin’s direction, Dinome – allegedly with assistance from Farese –improperly utilized the Motor Vehicle Commission (MVC) computer system to create false “clean” titles for the vehicles. The signatures of the prior owners were forged to transfer the titles to D&D. Dinome was suspended without pay by the MVC after she was charged on Oct. 28, 2013.

D&D sold seven of the vehicles to customers using the fraudulent clean titles, without disclosing that the vehicles had been damaged in Superstorm Sandy. The seven vehicles were sold by D&D for a total of approximately $86,000. Douek, the car salesman, allegedly misled at least one customer about a flood vehicle and about adverse information related to Superstorm Sandy that was in the vehicle’s CarFax report.

The case was referred to the Division of Criminal Justice by the New Jersey Motor Vehicle Commission, which received information from the National Salvage Vehicle Reporting Program and ABC News, which did extensive investigative reporting on flood vehicles that were ending up on used car lots across the country.

The Motor Vehicle Commission initially suspended D&D’s license to do business and seized company records on July 17, 2013. The company’s license remains suspended.
ABC News “The Lookout” aired a report in July that included the MVC action against D&D as well as footage of a prior undercover purchase from the dealership of one of the flood vehicles by an ABC producer. She purchased a flood-damaged Ford F-350 pickup truck for $19,999.