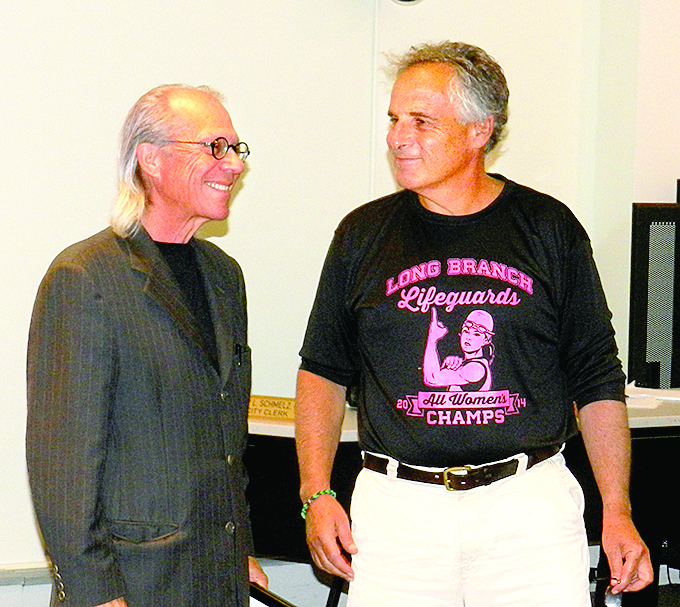 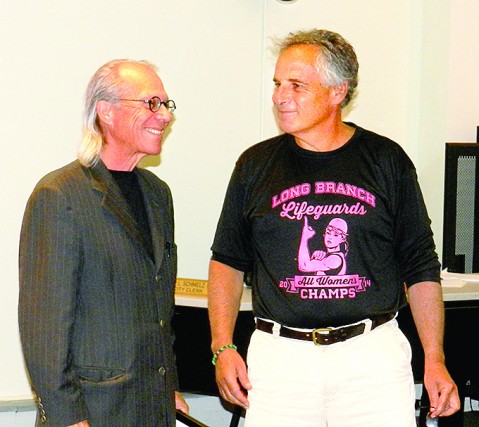 Di Pasquale was born in Sicily in 1943, and emigrated to this country as a teenager in 1957. Less than 10 years later, he was teaching English in college, having earned a Bachelor’s from Adelphi University and Masters from New York University.

He currently serves as a Professor of English and Poet in Residence at Middlesex County College.

DiPasquale has published 16 books of poetry, and also helped translate numerous works from Italian poets, from Dante to contemporary works. His translations have been recognized with numerous awards, including Academy of American Poets’ Raiziss/de Palchi Fellowship.
Schneider said that di Pasquale moved to Long Branch in 1989, “and immediately found inspiration in the motion of the waves outside the window.”

This summer, di Pasquale was asked to write a new composition for the swearing-in ceremony for the newly re-elected mayor and council.

Pinsky offered di Pasquale his congratulations on the poem, which included the image “the boardwalk awakening to life,” an image always appropriate for the city, but with special meaning as it works to rebuild.

A poem by Emmanuel di Pasquale

Death of a Robin Redbreast in Long Branch, NJ
In death, we all turn into robins,
Right after having hit, beak first,
The glass wall of Michelangelo’s Pizzeria—
There, our heads sideways, our arms closed wings,
Our eyes flat,
Our bellies up
Our feet and toes curled.
What child will bury us
A foot deep
By the breaking waves
To mingle our essence
With elemental sand and water?

“The poem deals with the ‘link’ between life and death, how death is really a continuation of life (as Walt Whitman tried to point out)…” notes DiPasquale. “The redbreast buried by the lapping waves of our ocean dissolves (links) into the original elements. It could be a metaphor for the Sandy disaster…nothing ends…all is reborn.”