$30 M for Sandy repairs; no eminent domain use 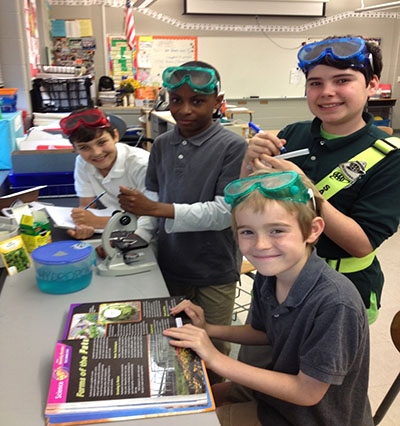 Long Branch — An experiment created by students at Gregory Elementary School which was supposed to be tested on the International Space Station was destroyed Tuesday when the rocket taking it up to space exploded.

No one was injured when the Orbital Sciences Corp’s Antares rocket and Cygnus cargo spacecraft, launching from NASA facilities in Virginia, exploded on Tuesday at 8:22 while attempting to launch. However, equipment destined for the Space Station, including experiments created by students around the nation, was destroyed.

The rocket launch had experienced problems before. It had originally been scheduled to blast off on Monday, but that was scuttled at the last minute when a boat was sighted offshore. Officials believed the rocket’s flight would have passed over the boat, creating a risk for those on the craft. The week before that, it had been postponed because of a hurricane offshore.

In addition to experiments, the flight was to have brought supplies to the astronauts on the station. NASA said that they are in no danger of running low on critical supplies, and the mission will be attempted again once they figure out what caused the mishap.

This spring, science students in grades 5-12 at Long Branch public schools competed for a chance to fly an experiment on the Space Station. Teachers and students in science classes were asked to develop experiment proposals covering a diverse range of fields in all area science.

Learning and activities around the microgravity experiment offered an opportunity to engage students in real-world learning experiences; gravity affects every biological, chemical, and physical system each day, therefore these experiments could provide data with important implications in science, engineering, medical and other fields.

The Gregory Elementary experiment was selected for flight to the International Space Station.

The school coordinator for their experiment was Jena Carpenter Valdiviezo.

“Today, hydroponics on Earth is more efficient than plants grown in soil. Our one concern is that space hydroponics could have a negative effect by altering the growth structure of the plant. If this is the case, we may be unable to use any hydroponic growth in space if we don’t know the effects of the altered growth structure,” the Gregory Elementary students wrote in their proposal.

The National Center for Earth and Space Science Education (NCESSE) made the final selection on which experiment were to fly this fall from Long Branch through a formal two-step proposal review process by the SSEP, which meets at the Smithsonian. Each experiment then undergoes a four-month NASA flight safety review at Johnson Space Center, laboratory refinement by the student flight team, handover to NanoRacks in Houston for integration into the experiments payload, and payload integration into the ferry vehicle for flight to ISS.

The Long Branch experiment Hydroponics vs. Microgravity was to be among 17 selected nationally for astronauts to conduct during the satellite’s six-week orbit this fall.