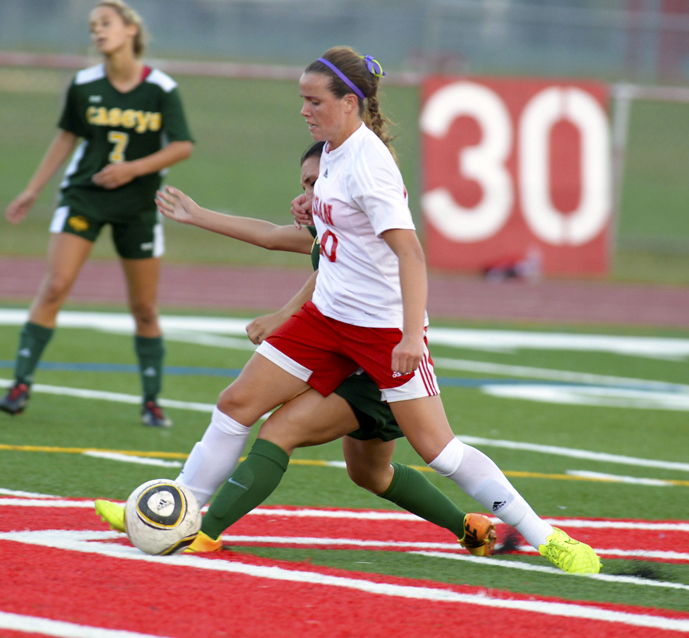 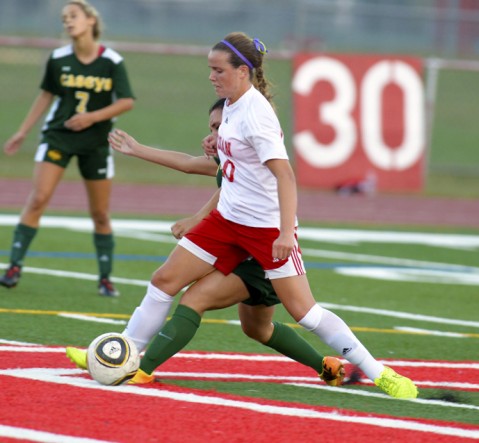 By Walter J. O’Neill, Jr
One of the greatest honors any athlete can achieve is to receive the coveted All-American Award. Only a few of our nation’s elite athletes get to experience that amazing recognition.

Taylor Racioppi, who is a senior at Allied High School and a member of the Ocean Township High School varsity soccer team, was selected to participate in the Second Annual Girls High School All-American Game, which will be played in Raleigh, North Carolina.

Racioppi is no stranger to playing in big games, as she represented the United States in the U20 World Cup in Canada. She was the second youngest player ever to make Team USA in that category.

The 2014 All-American Game will have 42 of the nation’s best players and eight of the top high school soccer coaches will be participating in the game on December 13. All of the players selected are seniors who at that time will have finished with the scholastic soccer careers.

One of the perks for these 42 athletes is they will be in North Carolina the same time as the men’s NCAA Division 1 College Cup. All the girls will attend the semifinals and finals as part of their All-American package.

Racioppi was chosen based on her high school achievements only. The game is sponsored in part by the National Soccer Coaches Association of America, Adidas, Noxin Trucking, and Soccer.com. Seven girls from New Jersey were selected for the East All-American Team; Racioppi is the only player from the Shore Conference.

Coaching the East All-Americans is Tara Madigan from Northern Highlands High School in New Jersey. Her assistants are Shannon McEntee from South Side High in New York, Dino McIntyre from Walsh Jesuit in Ohio and Dave Prutting from St. Anthony’s High in New York.

This was the first year that Racioppi was a member of the Spartan varsity soccer team. Next year she will be playing at Duke University as a Blue Devil and hoping to work her way onto the U.S. National Team.

For more check out The LINK News on news stands now.