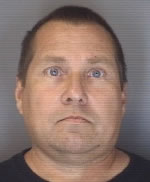 Gramiccioni’s office has identified the accused as Gregory S. Rittman, 49, who was initially arrested on Friday, Oct. 24, 2014, after authorities received a report from an employee at the McDonald’s described lewd behavior witnessed by an 8-year-old juvenile, near the sink in the men’s bathroom of the restaurant on Route 35. Rittman was charged with one count each of second degree Sexual Assault, third degree Endangering the Welfare of a Child, fourth degree Lewdness and a disorderly persons charge of Harassment. He was released after posting $73,000 bail with no 10-percent option, as set by Monmouth County Superior Court Judge Teresa A. Kondrup-Coyle, J.S.C.

Friday, Rittman was taken into custody and is facing 12 additional charges following a subsequent investigation by the Wall Township Police Department and this Office which identified three additional victims. In addition to the initial charges, Rittman now faces three counts each of second degree Sexual Assault, third degree Endangering the Welfare of a Child, fourth degree Lewdness and disorderly persons charges of Harassment.

The three additional victims were identified after a press release was issued describing his crime and included a picture of Rittman and a call for anyone who may have had contact with him to come forward. The additional victims came forward to describe incidents of victims ranging in age from 6-8 years old observing Rittman committing lewd acts in public restrooms during the last year.

In an effort to identify additional victims, a photograph of Rittman accompanies this release.

“It is important for parents and guardians of small children to take a look at the picture of this defendant. We believe there are additional victims out there and we urge everyone to come forward with any information about this case,” said Wall Township Police Chief Robert L. Brice.

Authorities now believe Rittman has been performing lewd acts in front of children for approximately two years at locations in Monmouth and Ocean counties.

Rittman is currently being held in the Monmouth County Correctional Institution, Freehold Township, on $609,000 bail with no option to post 10 percent, as set by Monmouth County Superior Court Judge Linda G. Jones, J.S.C.

Anyone with any information about this incident is urged to contact Patrolman James Cadigan, of the Wall Township Police Department, at 732-449-4500 ext. 1162 or Detective Carolina Moreno, of the Monmouth County Prosecutor’s Office Special Victims Bureau, at 732-431-7160.

If convicted of Sexual Assault, Rittman faces a minimum sentence of up to 10 years in a New Jersey state prison on each of the second degree charges, subject to the provisions of the “No Early Release Act” (NERA) requiring him to serve 85 percent of the sentence imposed before becoming eligible for release on parole. He would also be subject to the provisions of Megan’s Law following his release from state prison.

If convicted of Endangering the Welfare of a Child, he faces a sentence of five to ten years in prison.
If convicted of Lewdness, Rittman faces up to 18 months in state prison on each count.