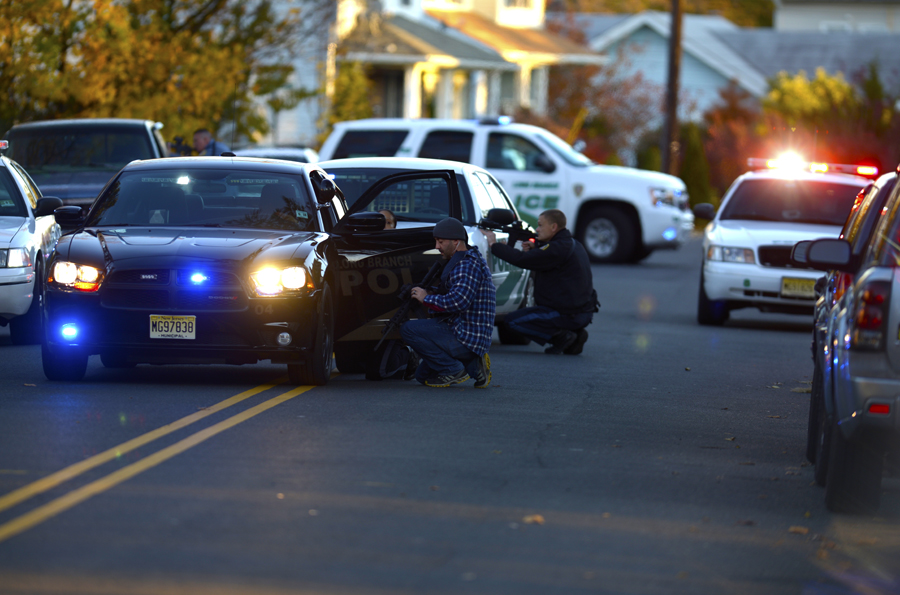 Long Branch Police standoff with armed suspects on Liberty Street at 4:00pm on 11-15-14

Long Branch – Police have identified one of the men taken into custody on Saturday night following a shooting on Liberty Street. 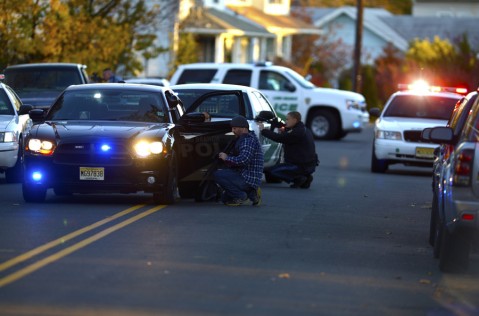 Long Branch Police standoff with armed suspects on Liberty Street at 4:00pm on 11-15-14

November 15, just before 4:00 p.m. reports of gunfire in the area of Vanderveer Place and Liberty Street were streaming into police. There were also sightings of a Hispanic male running down Liberty Street with a rifle.

Long Branch Police responding quickly and surrounded 279 Liberty Street, a two story white private residence. Sergeant Antonia Gonzalez was yelling instructions over a loud speaker in both English and Spanish to individuals held-up inside the home. Other officers were going door-to-door telling neighbors to stay inside and away from windows.

By Saturday evening the situation was diffused and police had at least two men in custody. Sunday, Lieutenant Frank Morey stated that the alleged shooter was identified as Moises Espinoza-Sanchez, 41, of Long Branch.

According to Morey, Espinoza-Sanchez worked as a day laborer for various landscaping companies, and had an argument with his boss, who was not identified. The complaint against Espinoza-Sanchez stated that he fired one shot from a .22 caliber rifle at the driver side window of a Chevrolet Silverado, where his boss was sitting. The gunshot caused the window to shatter, according to Morey.

After the shooting, Espinoza-Sanchez and a friend of his went into the home on Liberty Street. A neighbor stated that the home has over 30 people living in it, taking turns sleeping as the house is not big enough for all the people.

After a few hours both Espinoza-Sanchez and his friend were taken into custody without any shots fired or forced entry into the home by law enforcement. Rumors were circulating that Espinoza-Sanchez and the other man were holding hostages in the home. Morey stated that no hostages or evacuations were held.

Morey added that Espinoza-Sanchez was not living in this country legally, and that the U.S. Immigration and Customs Enforcement agency was notified.