School and PBA pull together for the community 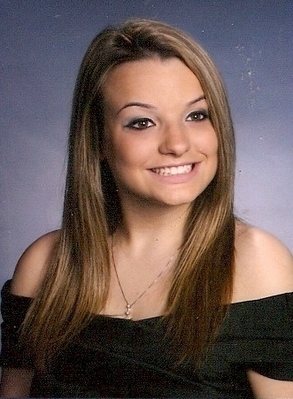 Victoria Trooper was struck and killed by a car driven by Joseph Stovall of Long Branch on September 11, 2013.

Driver had Suspended License, Under the Influence of a Prescription Drug

Victoria Trooper was struck and killed by a car driven by Joseph Stovall of Long Branch on September 11, 2013.

(FREEHOLD) A Monmouth County grand jury returned an indictment today against a former Long Branch man charged with killing a Monmouth University student who was outside her vehicle following a minor fender bender with another vehicle on Joline Avenue in the city in September 2013, announced Acting Monmouth County Prosecutor Christopher J. Gramiccioni.

Joseph Stovall, 47, of now of Nathalie, Virginia, was named in the four-count indictment charging him with first degree Vehicular Homicide, third degree Causing Death While Driving While Suspended, third degree Assault by Auto, and second degree Endangering the Welfare of a Child.

If convicted of Vehicular Homicide, Stovall faces up to 20 years in a New Jersey state prison, subject to the provisions of the “No Early Release Act” (NERA) requiring him to serve 85 percent of the sentence imposed before becoming eligible for release on parole. He would also be under parole supervision for five years following his release from state prison.

If convicted of the third degree offenses, Stovall faces a sentence of three to five years in prison on each count. If convicted of Endangering the Welfare of a Child, he faces up to ten years in state prison.

Long Branch police responded to the report of a motor vehicle accident along Joline Avenue around 7:45 p.m. on Sept. 11, 2013. Victoria Tropper, 21, a Monmouth University student, and Thomas Triano, 49, were involved in a minor fender bender and pulled their vehicles into the shoulder to inspect the damage and exchange information. The two were standing between their respective vehicles when the Dodge Ram pick-up truck driven by Stovall swerved into the shoulder colliding with Tropper’s vehicle pushing it into Triano causing multiple lacerations before striking and killing Tropper. At the time of the collision, Stovall was driving with a suspended driver’s license and with a 4-year-old child unrestrained inside the truck. The child was not harmed. An investigation also determined Stovall was driving under the influence of Alprazolam, despite not having a valid prescription for the drug.

The case is assigned to Monmouth County Assistant Prosecutor Melanie Falco of the Financial Crimes and Public Corruption Bureau. Stovall is represented by Charles Moriarty, Esq., of Red Bank.

Here is the link to the story following her death; https://thelinknews.net/2013/09/13/beautiful-life-ends-after-a-fender-bender/