Judith Hawking: The actress behind the socialite 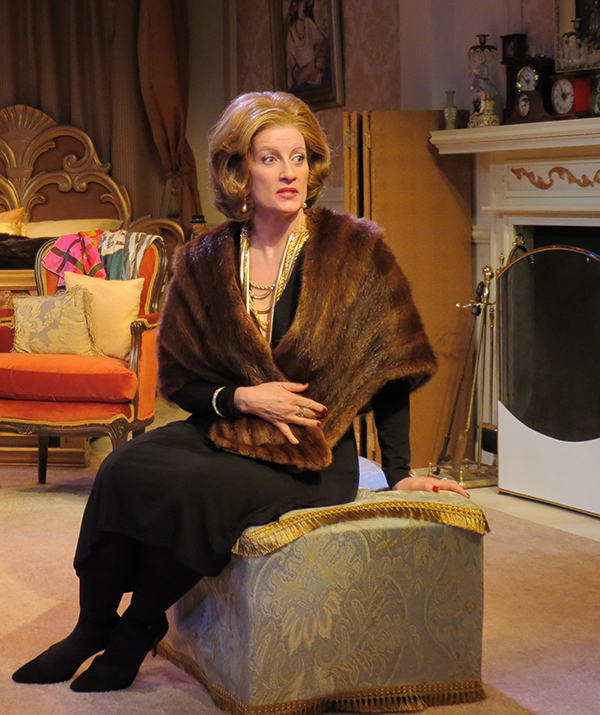 By Neil Schulman
Long Branch — If Judith Hawking, who plays the main character in NJ Rep’s “Swimming At The Ritz” looks familiar, you may have seen her on TV as a judge on Law & Order, or on the stage here, in NJ Rep’s previous “Saving Kitty.” 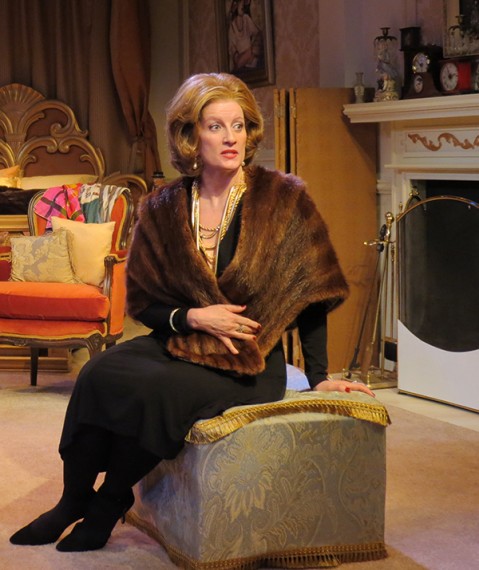 Or you might have seen her on Broadway, off-Broadway, in regional theater around the country, her recurring roles she had in One Life To Live and All My Children, or numerous movies.

Hawking said that people still come up to her and quote dialog she recited on Law & Order.
Acting can make a difference. On “Law & Order: Special Victims Unit,” she played a rape victim in an episode called “Limitations.” At the time, there was a strict five year statute of limitations in New York on testing DNA to determining a potential rapist. This episode’s gripping story helped get the laws changed.
“I was very proud to be part of that,” Hawking said. “You entertain first, you educate second.”

In Swimming At The Ritz, Hawking plays Pamela Churchill Hayward Harriman, a socialite with a fascinating history as everything from the wife of Winston Churchill’s son to U.S. ambassador to France.
This is the U.S. premiere of the play (performed in a truncated version in England), and it’s been very well received so far.
New Jersey Stage said Hawking and her costar Christopher Daftsios give “fantastic performances,” and Broadway World Reviews says “Hawking’s talent for impersonation brings many of the people in Pamela’s life to the stage.” When The Link was waiting to speak with her after a recent performance, more than one audience member leaving the show said “she’s amazing.”
Hawking doesn’t know this yet, though. She started in classical theater, and when she’s in a play, she follows a piece of advice from one of the best known classical actors when it comes to reading reviews.
“(Laurence) Olivier said this really smart thing: you mustn’t believe the good ones if you don’t read the bad ones.” As a result, she waits until after the run of a show is over before seeing what critics have to say. When she’s exiting NJ Rep, she says she turns her head from the bulletin board with clippings about the show.

“I did an inordinate amount of necessary homework for her,” Hawking said. That included watching C-SPAN interviews, documentaries she appeared in, and reading numerous books, including one by an ex-stepdaughter.

She read two biographies of Harriman, “Life of the Party” and “Reflected Glory.”

“They could not be more different tellings of her story,” Hawking said. That’s partially because Life of the Party began as a collaboration between Harriman and the author, but she backed out, and refused to pay the author for his work.

But everyone agrees Harriman was a fascinating and talented woman. She was capable of meeting someone, talking to them for a few minutes, and learning everything about them – part of the reason she was in such high social and diplomatic circles. It was known as “being Pamalized.”

“I came to love this woman,” Hawking said.

Working at NJ Rep has been a joy, she said. Everyone, from the people who greet theatergoers at the door to the actors and directors “serves the production,” she said.

Barabas was a “phenomenal” director, and Leipart “was remarkably giving… just wants it (the script) to be the best it could be.”

It’s not just good community theater; it’s good theater, period. “My friends from New York come and they’re blown away by the designs,” Hawking said. “This is a first rate theater, and everyone who works here is first rate.”

“How proud I am to work at this theater, and how they are champions of new plays. That is a rare and laudable thing in America these days.”

Due to the popularity, NJ Rep, 179 Broadway, had to add several performances.