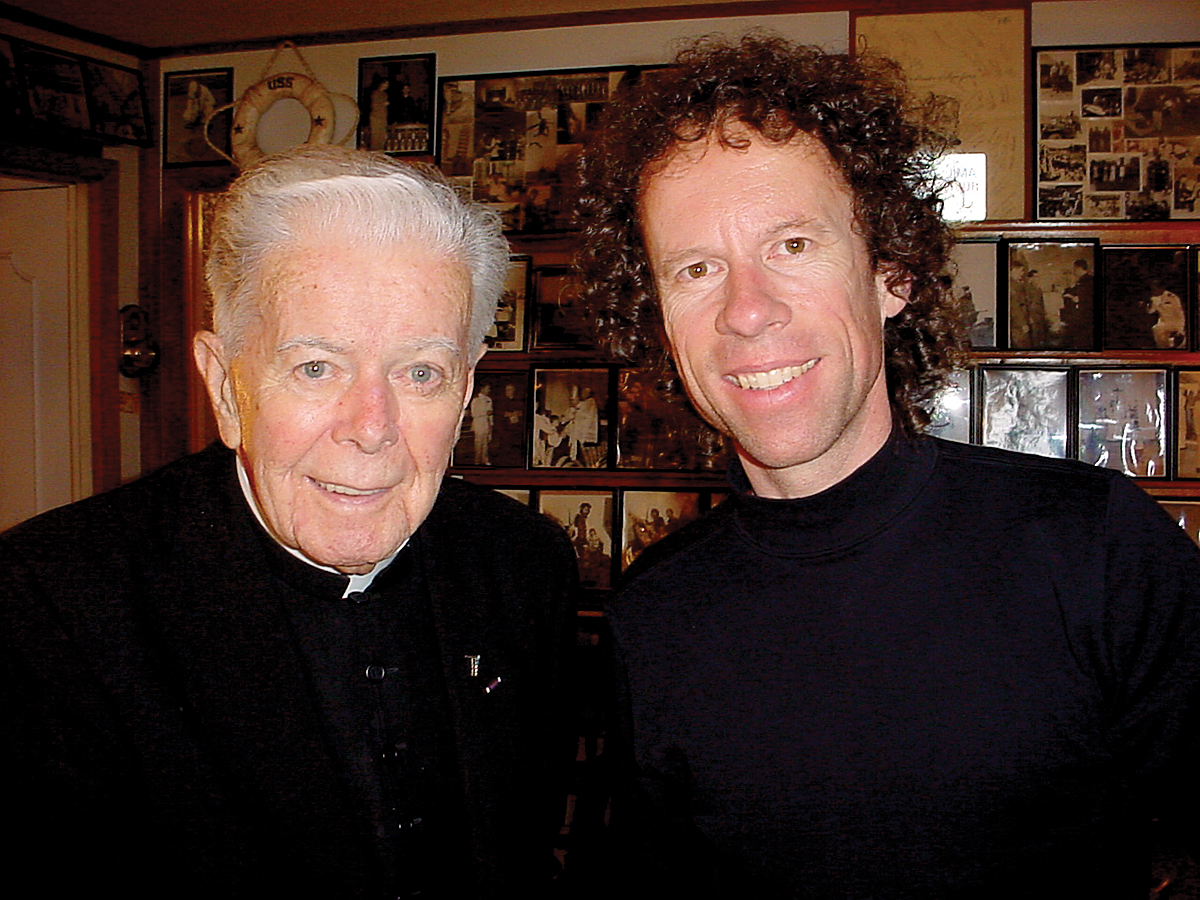 Long Branch — After 10 years in the making, a film documentary featuring our beloved Monsignor will be premiering Friday, July 10, at 6 p.m., in the Long Branch Middle School auditorium. Admission is free and open to the public. 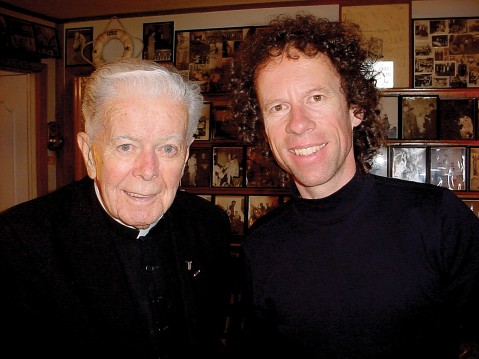 “I promised Monsignor before he died that someday I would produce a documentary about his life,” stated Colorado documentary filmmaker and producer, Larry Cappetto.

“I first learned about Father Bradley in 2005 while interviewing WWII Navy corpsman, Greg Emery, who resides in South Florida,” Cappetto said. Emery served alongside of Father Bradley on Iwo Jima with the 5th Marine Division, 28th Regiment, during the bloodiest battle the United States Marines ever fought, in 1945. This was the same regiment which raised the flag atop Mount Suribachi, February 23, 1945.

“I’ve always been intrigued and interested in the spiritual side of combat. I contacted Monsignor and made two trips to New Jersey to interview him before he passed away. We befriended each other and stayed in touch up until his death,” said Cappetto. “I’d never met a man like Father Bradley. You were never the same after being in his presence.”

Cappetto, an award-winning documentary filmmaker, has documented the stories of over 1,000 war veterans across North America, compiling and assembling one of the largest oral histories ever recorded of Americans at war. His work can be seen on his website dedicated to honoring and preserving the stories of military veterans from World War II, Korean and Vietnam, veteranshistory.org.

Cappetto’s work has been featured on public television stations across the country including the PBS family. He has appeared on national television across the United States and Canada with his documentary series, Lest They Be Forgotten, and is a sought out speaker in schools.

Cappetto will be in Long Branch for the premiere showing of his latest film.

“My hope is the community at large will come out and show their support and love for this man who touched so many lives,” Cappetto said.

A limited number of DVDs of the film will be available for purchase after the film.

The film explores how, “Monsignor Bradley was a humble servant, anointed and called of God, revered by his peers — a Marine’s Marine!”

“It is now our great joy and pleasure to present to you, ‘Father Bradley Remembered – A Journey of Faith,” Cappetto said.
The showing will be Friday, July 10, 6 pm, Long Branch Middle School, 350 Indiana Avenue, Long Branch.