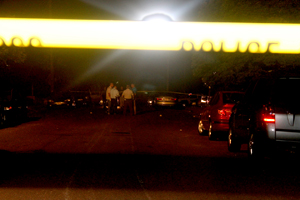 Police put up tape around the perimeter blocking off Coleman Ave. between Joline and Pacific as police investigated the scene, going door to door asking questions, trying to find more information.

In response to the call several officers were equipped with assault rifles. “Long Branch has 30 officers that are trained the assault rifles,” Roebuck said. “They go to the range four times a year.” These officers helped secure the area and search for the suspect. “The shooter is still at large,” he said.

One victim, who was shot twice is considered in serious condition, the other two suffered minor injuries, “No one is in danger of passing away,” said Roebuck.

No more information is known at this time. 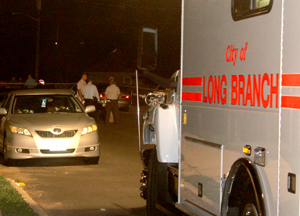 Long Branch Police were still at the scene after midnight