Tempers flare over how Oceanport is being run 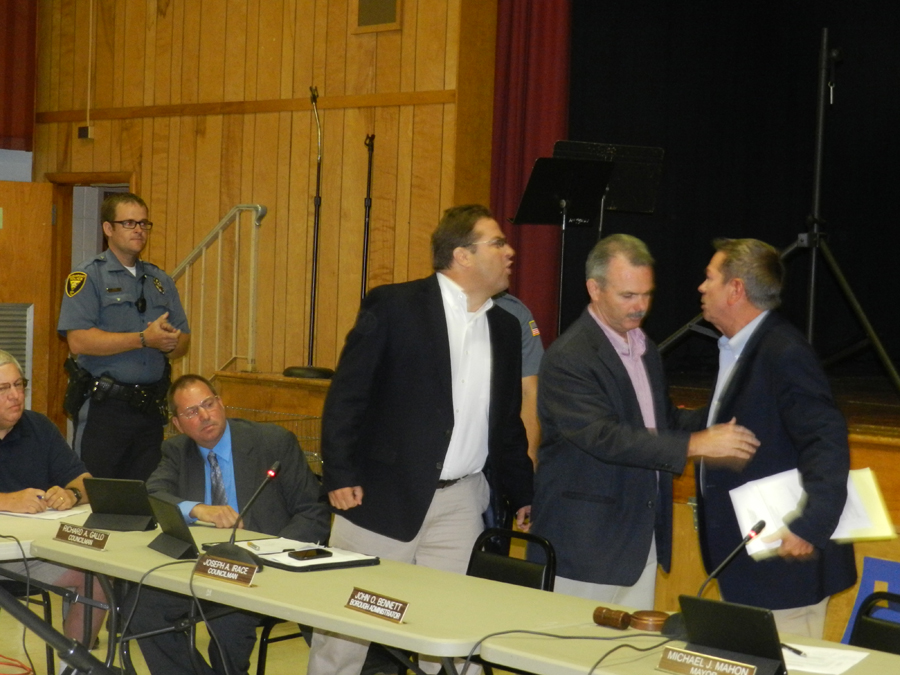 Tensions were high at Thursday’s Oceanport council meeting. At one point, Councilman Joe Irace and Borough Administrator John Bennett had a heated argument which wound up with both of them yelling “you’re a liar!” 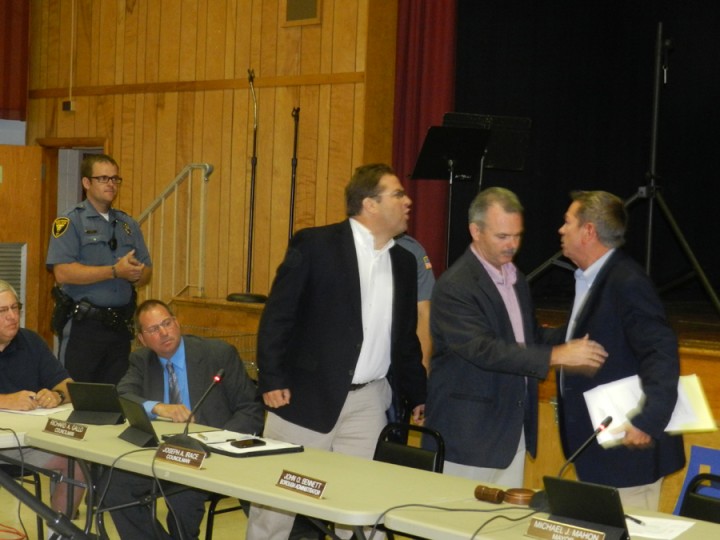 Irace temporarily walked out of the meeting, and both later said it was wrong to lose their temper.

There has been a lot of arguments among council members over the lack of communication and cooperation in recent months. Councilman Chris Paglia, not at the meeting, said in a letter it was a reason he had decided not to run for reelection this November, and Irace strongly disagreed with how Mayor Michael Mahon portrayed several events about Fort Monmouth, saying, at one point in Mahon’s explanation, “Ha!”

An updated, more detail version of this article has been posted here.