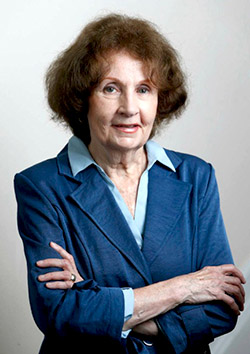 The Eatontown political race has seen a lot of activity, with a three-way race for two council seats, and some changes to the Democrats’ ticket since the primaries.

On the Republican side, Ed Fitterer and Doug Ronan will be seeking those seats. Their campaign is underway. Two independents, Anthony Talerico and Virginia East, announced this spring they would run as the Eatontown First party. Talerico was elected to council as a Democrat.

In the June Primary, Bretzger and Miller’s names were not on the ballot. But the two candidates named left the race, and were replaced.

“I am running because I want to do my part to clean up the town,” said Bretzger in a statement released by Eatontown Democrats. “I want to replace illicit, unlicensed businesses with clean enterprises. Why would a legitimate, family-oriented business want to locate here? The sidewalks are unkempt, the parking lots are unsightly, and code enforcement is lax. We need to attract strong ratables in order to stabilize property taxes, which increased  a whopping 15 percent for many homeowners in 2015.”

Bretzger has served on the Pride in Eatontown Committee  for 15 years, the last four as chair. She is a long-time member of the Board of Health and the Multiple Dwelling Emergency Committee and has also served on the Planning Board and the Sewerage Authority.

Under her leadership, the Pride in Eatontown Committee has increased the turnout for the Annual Spring Cleanup from a few dozen in 2011 to more than 180 volunteers last year, and flower gardens in public spaces in town have blossomed and expanded.

Bretzger is retired from 22 years in the New Jersey Department of Human Services, where her most recent title was Children’s Services Coordinator for the Division of Mental Health’s seven-county Central Region. During her years in state government, she was an active member and strong supporter of
employees’ unions.

She is a past president and current newsletter editor of the 300-member Monmouth County Genealogy Society, president of the Eatontown Democratic Club and vice chair of the Democratic Municipal Committee.
Bretzger has bachelor’s degrees in journalism from Temple University and in social work from Monmouth University (where husband Don retired as professor and chair of the Chemistry Department).
As 50-year residents of Eatontown, the Bretzgers were among the first homeowners in the Woodmere section of town. They were attracted by the builder’s pledge to leave up as many trees as possible.  Their four children were all born here, and while they attended Eatontown elementary schools and Monmouth Regional High School, Bretzger was an active member of the parent-teacher organizations.