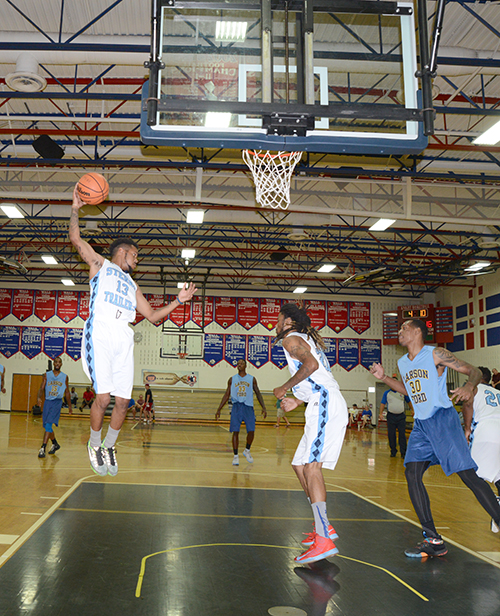 By Walter J. O’Neill, Jr
For the past 44 years the Jersey Shore Basketball League has been the premier organization showcasing Division 1 and professional players. However, the last few years have shown a decline in spectators and teams.

Larson Ford, which won the title last year and has been part of the JSBL since day one, Stern’s Trailer, Seaview Jeep, T&T Coast, Tarheels and Team Shore make up the 2016 summer schedule.

Games are played at Wall Township High School on Tuesday, Wednesday and Thursday nights. Admission is free and the first game starts at 7:15 with the last game tipping off at 8:45. The gym at Wall High School is large.

Last week Sterns Trailer, coached by Ron Pastore, was battling for first place with a 6-1 record. They were playing Team Shore who they had already beaten 132-88 early in the summer schedule, but in this game Team Shore won won the game 121-118

Leading Team Shore was Roy Mabrey who had 12 points. Mabrey and his teammates looked  in sync as they hardly turned over the ball. Sterns Trailer however looked confused and out of steep. However in the second quarter they were able to close the scoring gap and were down two points at the halftime break.

The second half was back and forth. With less than a minute left to play Sterns Trailer had an opportunity to win the game, unfortunately Ashzon Artis of Sterns committed a foul. Pastore was upset with the foul and pulled Artis from the game. Team Shore made their foul shots and won the game 121-118.

“We played terrible tonight and just couldn’t get into a rhythm,” said Pastore. “Have to give credit to Team Shore they came tonight to play and win.”

Collin Stewart, 6’8” center who plays for Monmouth University, was high man for Team Shore with 44 points. Mohammed Bendarry, 6’9” from NJIT, finished with 26 points for Team Shore which is coached by Ralph Rotando.

Leading Stern’s in the first half was Neptune High School and Stockton State graduate Jerome Hubbard with 16 first-half points and finished with 27. Also finishing with 27 was another NJIT player, Damon Lynn who plays for Sterns. 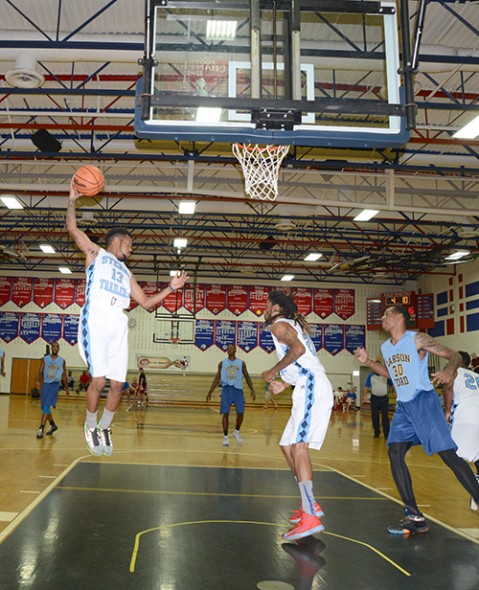 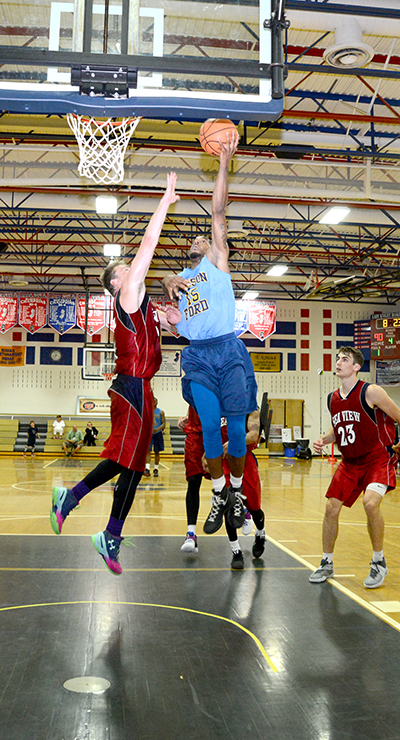 Going up for a hoop in the win over Seaview Jeep is Dan Singleton (15) of Larson Ford. 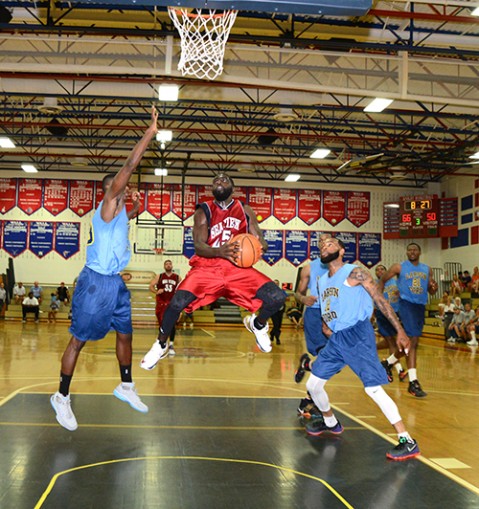