Ocean skates to victory over Steinert 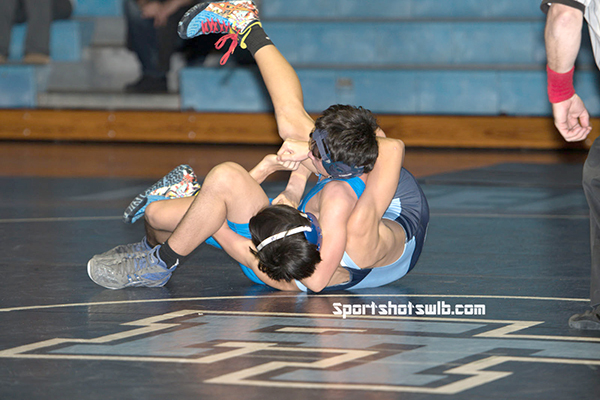 The Blue Devils of Shore Regional High School opened the wrestling season with a big 63-15 win over St. Rose, then they suffered their first loss 48-29 to Freehold Township.

Freehold Township won the first four matches. Larson Johnson scored a major decision over Jack McCrae 17-9 at 145-pounds which was the starting weight. At 152-pounds Michael Cenname scored a 16-0 technical fall victory over Deam Smolokoff at six minutes. Kyle Hillermeier had a pin for Freehold at 160 pounds over Cooper Walters at 3:40 of their match.

Shore forfeited the 195-pound and 220-pound matches. The heavyweight bout of 285 pounds was a win for Freehold as Austin Colbert scored a pin on Namir Stevens at 3:29. The Patriots scored another pin at 106 pounds with Mason Dalessandro putting Ross Doughtery on his back at 1:24.

Of the last five matches the Blue Devils won four. Matt Klemser had a 12-2 major decision over Alex Dalkin. Brad Smuro scored the only Shore pin at 120 pounds. He put Brian Lee on his back at 53 seconds. Al Desantis had a hard match at 126-pounds but he pulled out 10-7 win over Brandon Pagano.

The final two matches were split. Freehold Township won at 132 pounds with a 3-0 victory over Ian Smith. Shore won the last match of the night with Jarrett Weir getting a 7-0 victory at 138 pounds over Kyle Cleary.