Sterns Trailer is honored to recognize Allie Reiser as The Link News Athlete of the Week. 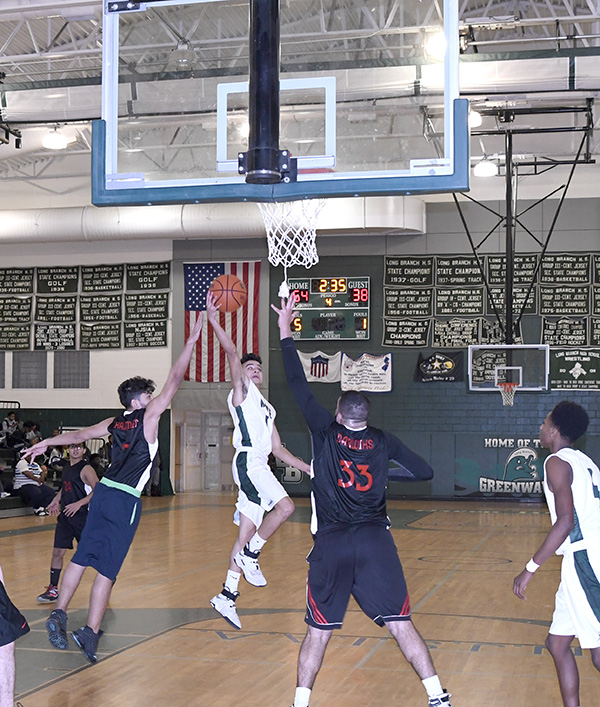 Long Branch High School was the site of the event which featured four games. The first game was Arts High against Asbury Park followed by Bloomfield facing Neptune. The third game of the day had the Green Wave facing Al-Ghazaly and then Nutley taking on Matawan.

Al-Ghazaly High School is located in Wayne and is one of the oldest Islamic High Schools in the United States. It was founded in 1984, and has a strict dress code for its students. Curriculum at the school has the standard subjects; math, English, science and history, but also includes Arabic, memorization of the Quran, and Tafsir which is analyzing their holy book.

Only recently has the school added extracurricular activities; soccer teams for boys and girls, flag football and the newly formed basketball team, the Ghazaly Warriors.

Unfortunately for the Warriors they were not in the same league as the Green Wave.

At halftime Long Branch held a 50-15 advantage over the Ghazaly Warriors. Stanley Mooney, head coach of Long Branch, put the brakes on his squad during the second half of action. The final score of 66-41 didn’t truly reflect on how outmatched the Warriors were.

Leading the Wave in scoring was Tyree Morris with 16 points. Teammate Kaymar Mimes finished with 12. Currently Long Branch is 5-2 in the B North division of the Shore Conference, which is good for second out of the eight teams. Overall the Green Wave are 5-4 on the season.