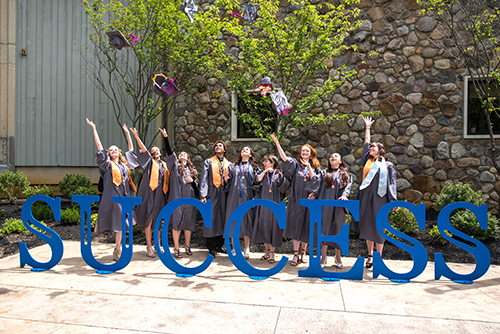 More than 2,000 students graduated from Brookdale Community College on May 12 during the college’s 47th annual commencement ceremonies on the Lincroft campus.
A total of 2,162 students from 21 different countries earned associate degrees from the college, with diplomas handed out during two ceremonies held in the Robert J. Collins Arena. The class of 2017 included 219 distinguished scholars and 31 students with a perfect 4.0 grade point average. 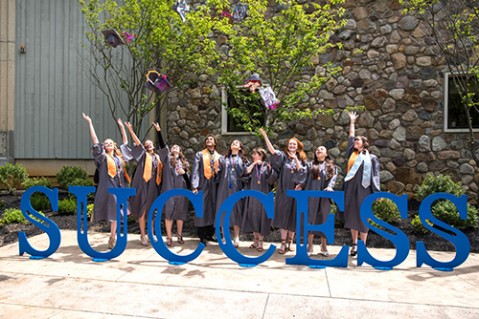 This year’s graduating class was recognized by a host of local and state dignitaries, including Lt. Governor Kim Guadagno, Monmouth County Freeholders Lillian Burry, John Curley and Thomas Arnone, the Brookdale Board of Trustees and hundreds of Brookdale faculty, staff and administrators.

Honorary degrees were awarded to Carlos Rodriguez, executive director of the FoodBank of Monmouth and Ocean Counties, and Carol Stillwell, president and CEO of Stillwell Hansen, Inc.

As executive director of the FoodBank of Monmouth and Ocean Counties since 2012, Rodriguez has led efforts that collect and distribute more than 10 million meals each year through a network of more than 300 programs. He has also led a number of outreach programs and long-term support services such as the food bank’s Culinary Training Program and free tax assistance for residents.

“You are now an example,” Rodriguez told the graduates. “You are now a success that others can mirror, and you are now the strength that others will be able to find in your example. I don’t want to congratulate you; I want to welcome you to a future of many successes. And I hope that, as many have helped you along the way, that you will do the same for your neighbor as you meet them in your long life ahead.” 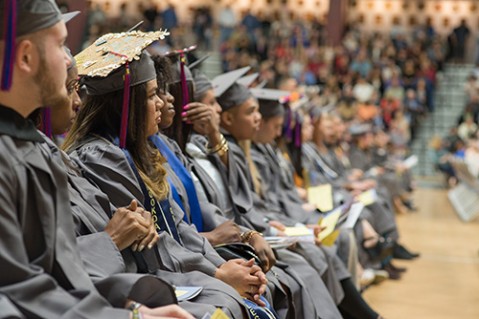 Stillwell, of Holmdel, is president of Stillwell Hansen, Inc., an award-winning equipment distribution company based in Edison. An acclaimed advocate for female representation in traditionally male-dominated industries, Stillwell has been recognized as one of New Jersey’s top businesswomen four times in the last ten years.

She is also a dedicated philanthropist, working to support local and national organizations such as the Juvenile Diabetes Association, Monmouth Medical Center, the Community YMCA, the Ashley Lauren Foundation and the Brookdale Community College Foundation.

Josko, a 1985 Brookdale graduate, has served as associate professor and director of the Medical Laboratory Science Program Program at the Rutgers University School of Health Professions for more than 20 years. Prior to her academic career she worked in the clinical laboratory setting for 12 years specializing in clinical microbiology.

“Graduates, this is not the end. This is just the beginning,” said Josko, whose son Nicholas was graduating from Brookdale on the same day. “And this is my advice to you. Always have three sets of goals going at once: your short-term goals, your long-term goals, and your lifetime goals. And when you achieve a goal, set another one. Always be striving for something, and you will always be working toward bettering yourself.  Congratulations.”

Hanlon, who first studied art at Brookdale in 1979, is a classically trained master sculptor and founder of Hanlon Sculpture Studio in Toms River. He has completed more than 300 public and private pieces for schools, universities, churches, memorial foundations and other organizations across the country, including the New Jersey Gold Star Family Memorial at the New Jersey Vietnam Veteran’s Memorial in Holmdel and the “Welcome to Ocean County” installation located on Route 37 in Toms River.

Six graduates representing each of Brookdale’s academic institutes were also presented with the 2017 Outstanding Student Award. The honorees, recognized for their exceptional academic and personal achievements, were: Erich Ballard, of Middletown; Tracey Cahill, of Spring Lake; Kelsey Giggenbach, of Howell; Michael Anthony LaMura, of Bradley Beach; Samuel Monroe, of Middletown; and Diana Pauciullo, of Freehold Township.