Theater Review: A thought-provoking look at the price paid for football 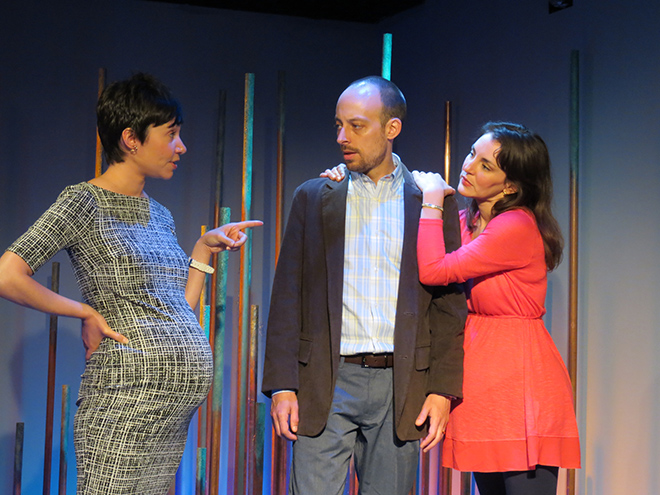 Long Branch – “Mamma don’t let your babies grow up to be cowboys,” says the country song. Apparently, don’t let them grow up to be professional football players, either. No mamma should want to after seeing the new play by Ken Weitzman, Halftime with Don, now playing at NJ Rep. 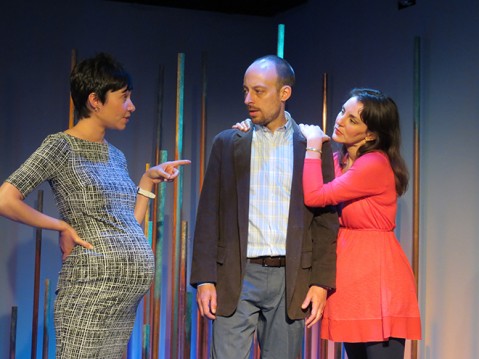 The center of the play is Don Devers (Malachy Cleary), a former NFL tackle. In his prime, he was known for his courtesy to opponents, helping them up after knocking them down. He was also intelligent enough to become a successful lawyer when his football career ended.

But in the present he is a physical, mental and emotional wreck, unable to walk comfortably, and on a regimen of several pills a day. His life has become so isolated that his recliner is the only seating space in his living room. As fits the center, Don is always onstage, sleeping in the recliner when he is not part of the action.

Orbiting around Don are his estranged, very pregnant, unmarried daughter Stephanie (Lori Vega), and his greatest fan, Ed Ryan (Dan McVey). When Ed was a fat, fatherless, stuttering kid, he was cheered by a post-it from his hero, Don Devers, telling him “Your best days are ahead of you.”

Now Ed’s wife Sarah (Susan Maris), who is also pregnant, and Stephanie have collaborated to give Ed a wonderful 40th birthday present, the chance to meet his idol in person. Ed is out of work and unable to pay rent. Sarah’s work as a freelance graphic artist just pays for groceries. Meeting Don is a rare bright spot in a dismal life.

One symptom of Don’s brain damage is mood swings. Ed never knows whether he will find Mr. Hyde, throwing a walker at Ed or threatening him with a taser, or Dr. Jekyll, inviting Ed to visit him every day for a week, until they conclude with viewing the Super Bowl together. Stephanie is thrilled that her father is responding to Ed, and Ed and Sarah are happy at the thought of a possible Tuesdays with Morrie style bestseller.

However, Don’s thoughts are not inspirational. His advice to young football players is, “Don’t play football.” His joke is “In what way are football players and prostitutes the same? They both ruin their bodies for the pleasure of strangers.” Don says football is not a contact sport, but a collision sport.

For a man with chronic traumatic encephalopathy, Don has amazing flashes of insight, but they are rare and Don is sorrowfully aware the bright times won’t last.

There is humor, chiefly provided by Stephanie and Sarah, who have some fairly salacious discussions which lighten the tone of every scene the women share.

Where there are babies, there is hope for the future, but the question is whether there is hope for Dan and other football players. I know very little about football. If I am in the room while the game is on and I glance at the screen, I see men being helped or carried off the field as often as I see them playing the game. Halftime with Don is a challenging, thought-provoking look at the price paid for our entertainment.