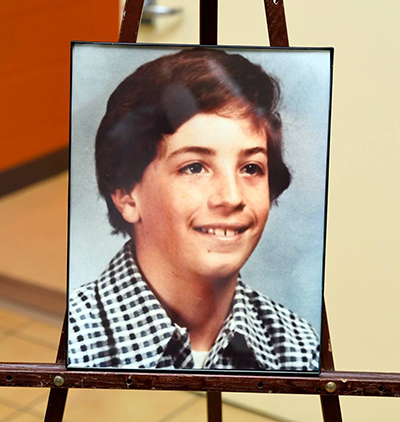 Kurt Kuster passed away in 1976 while a student at the Elberon School.

By Walter J. O’Neill, Jr
Long Branch – In 1976 Kurt Kuster was just like any other kid growing up in the Elberon section of the city. He loved playing dodgeball and hanging with his friends.

Kurt Kuster passed away in 1976 while a student at the Elberon School.

Like many kids of that era, Kuster developed chickenpox and ran a fever. The common treatment was aspirin to help alleviate the fever and muscle aches. However, instead of helping Kurt, the aspirin created what is known as Reye syndrome, which attacks the brain and liver functions.

Complications from Reye syndrome come on quickly and can be severe, from permanent brain damage, coma and death. Unfortunately, Kuster lost his life, but he never lost his friends.

Several years ago the Elberon School was closed as part of the new school construction. Janine Weiner Mincielli, a classmate of Kuster, contacted Dr. Michael Salvatore, superintendent of schools, about the memory stone that was located at the school in honor of Kuster.

“Janine contacted me seven or eight years ago and said before any bulldozer or shovel hits the ground, the memory stone and time capsule need to be dug up and saved,” said Salvatore. 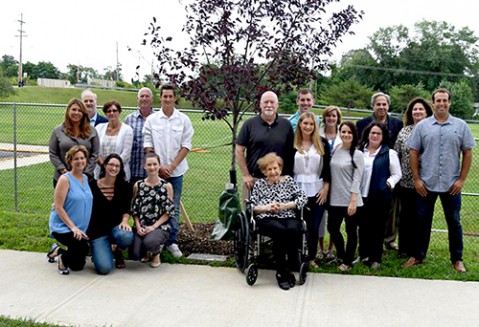 The family of Kurt Kuster gathered at the George L. Catrambone Elementary School in the Elberon section of Long Branch for the rededication of his 1976 memory stone, which was originally placed at the Elberon School, which was demolished for the GLC School.

That day the superintendent sent his staff out to recover the stone. “We immediately located the stone and moved it into storage. However, we are still looking for the time capsule.”

Last weekend Mincielli organized the class reunions of the Elberon School 1976 and the Long Branch High School 1982. Part of the weekend festivities was the rededication of the Kuster memory stone.

“I can say anyone who calls Janine Weiner Mincielli a friend is very lucky, as she is dedicated and relentless in making sure something gets done. We worked very closely in trying to locate a new home for the stone and tree, but every time we dug we hit something. So we finally decided to place it here, along the walkway so students can always see it and remember Kurt,” said Salvatore.

Mincielli, who is a professional event planner, was so nervous that morning that she actually became sick. “You would think as a professional I could handle this, but I’m very emotional,” said Mincielli. She contacted Kurt’s mom, brothers and sisters, who showed up on Saturday morning for the rededication of the memory stone at the new George L. Catrambone Elementary School, which replaced the Elberon School.

“A friend of mine once said that there must be something in the water in Long Branch, because it’s unprecedented for so many kids to remain so fond of each other after all these years,” said Mincieli. As she continued with her speech she began to cry and had to step away. However, several friends and family members shared a few stories. Even Long Branch mayor Adam Schneider spoke to the crowd.