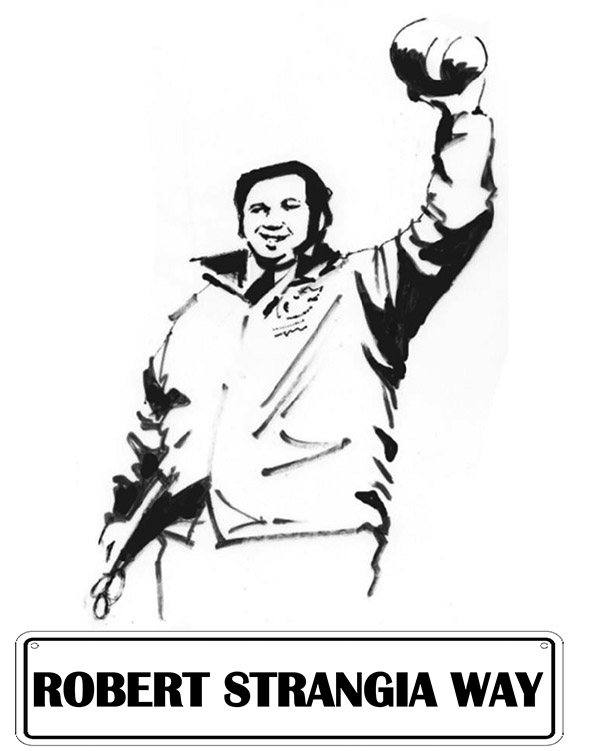 Commemorative shirts with this image will be sold at the event. 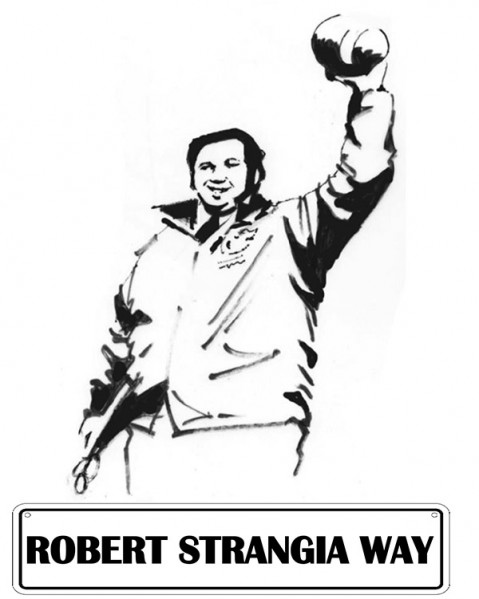 Commemorative shirts with this image will be sold at the event.

There will be a ceremony, dedication speeches, and festivities acknowledging Robert Strangia, the New Jersey Hall Of Fame High School Football Coach and the winningest football coach in the history of Red Bank Regional High School.

Coach Strangia coached six seasons, (1970-75) and led the Bucs to four conference championships (71,73,74,75). He had a 28-game winning streak, which was culminated by winning the Central Jersey Group 2 Championship in 1975. “The Game Of The Century” 1975 win over Hightstown (46-44) was played in front of nearly 10,000 people in Little Silver, the first year at the new high school location. It is to this day, considered to be one of the greatest games in the history of New Jersey High School Football Playoffs.

Last year, a group of alumni sought to get the high school to recognize the coach. The Board of Ed agreed to name a road on school property after him.

The festivities for the big night are indicated as follows:

• 5 p.m. “The Source” (fundraiser for RBRHS): Barbecue ($25) which includes food, a free Robert Strangia T-shirt and admission to the game.

• 6:15 p.m. “Tribute to Robert Strangia Way” — Unveiling of the plaque and the “Street Sign” at the site of Robert Strangia Way, which is an alley next to the field house parking lot leading up to the football field. Louis (“Del”) Dal Pra, athletic director at RBR, will make a presentation along with former players of Coach Robert Strangia; Peter Soviero and Jerry Agee. Both of these players were an integral part of the 1975 State Championship Team.

Robert Strangia Tee Shirts will be available during the entire game at several locations throughout the stadium and near ticket booth with a drawing of Coach Robert Strangia on the front. The back of the tee will be printed with “Buc Legacy ‘73, ‘74, ‘75 New Jersey State Champions 28-0.” Cost is $10 (includes admission to game). This is a “White Out” game, so visitors are encouraged to show Buc spirit.

• Half-time: Ceremony on field with players