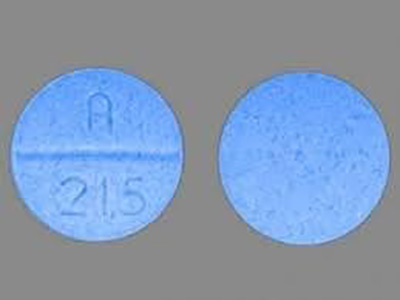 The drugs, recovered in separate police investigations in Long Branch and Holmdel this year and recently identified by State Police lab testing, were illicitly manufactured into pill form and imprinted with markings A/215, simulating oxycodone tablets.

The arrival of Carfentanil and Cyclopropyl Fentanyl is bad news for everybody, especially those suffering with an opiate addiction in Monmouth County. Although these counterfeit pills appear to be oxycodone, they can have deadly consequences,” warned Gramiccioni. “If you are buying these pills on the street, you are playing a deadly version of Russian roulette.”

Carfentanil is a powerful synthetic opiate that is 10,000 times more potent than morphine and 100 times more potent than fentanyl. A single granule of Carfentanil, which has been approved only for veterinary uses, can be deadly to humans. The drug is so toxic that a recent Drug Enforcement Administration Safety Alert has been issued to law enforcement officers and first responders who may be exposed to Carfentanil as a result of accidental physical contact or inhalation.

Cyclopropyl Fentanyl, another fentanyl derivative, is intended for neither human or veterinarian use and has been linked to a rash of fatal overdoses in the State of Georgia earlier this summer.