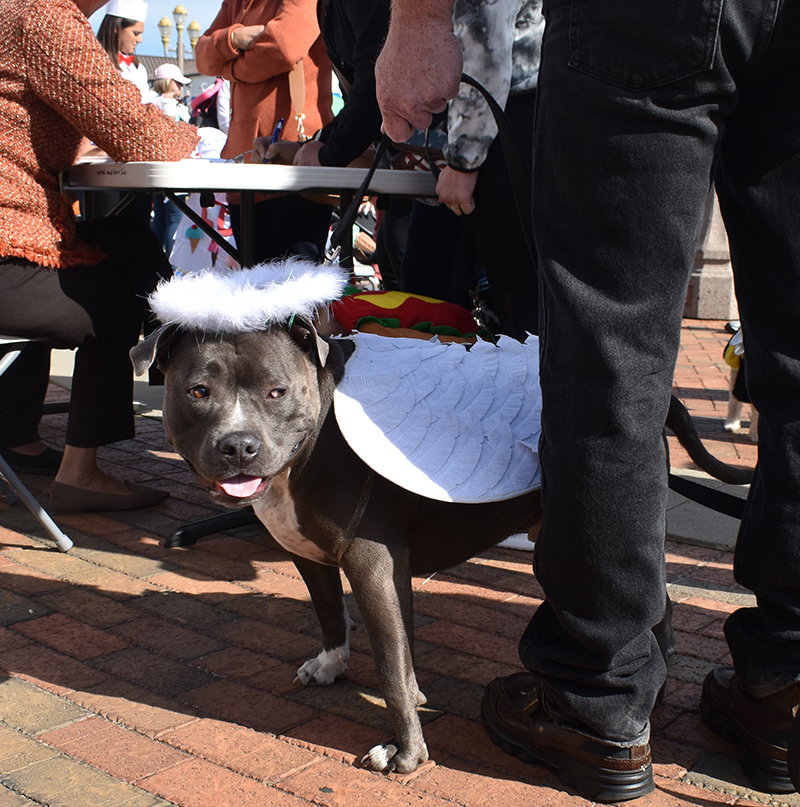 Some were scary, some were original, all were adorable – kids and pets.

Saturday was perfect weather for the Fall Festival sponsored by the Greater Long Branch Chamber of Commerce and Pier Village.

There were plenty of rides and activities for the kids, craft tables with jewelry and clothing and much more with a lively DJ that kept things moving. To the delight of everyone, there were plenty of costumed characters roaming around, interacting with the kids and posing for photos.

The afternoon started with the Pooch Parade with over 45 dogs and owners showing off their costumes, the most entrees so far.

“This event gets bigger every year,” said Chamber Executive Director Nancy Kleiberg. “We’re very thankful that Pier Village offers to help sponsor it with us.”

The event started in West End, but lost that space after the street and sidewalks were reconfigured.

“Pier Village offered to hold it, and as it turns out, it’s a perfect match.”

Dog owners were serious about dressing up and the dogs were hysterical as they paraded along the boardwalk to be judged on their costumes.

The kids then parade around, though not judged, and then went trick or treating at the stores.

If you would like to see a fun video of all the funny, creative costumes, go to The Link News on Facebook.

For more photos go to The linknews.net