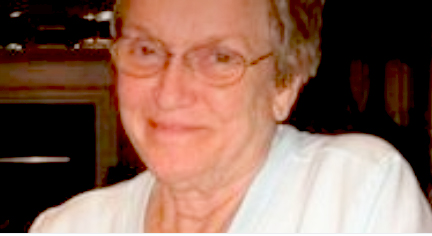 West Long Branch – Barbara L. Lawrenson, 86 of West Long Branch, entered into eternal rest on Friday April 10, 2020 at Monmouth Medical Center in Long Branch. She was born February 28, 1934 and was raised in South Philadelphia as the oldest of four children of the late Charles and Louise (Buchmann) Albert.

Barbara became a resident of Monmouth County in 1977 when she and her family moved to Oceanport, where she would reside until 1998 when moving to West Long Branch. She was a parishioner of the Lutheran Church of the Reformation in West Long Branch. She worked as a cafeteria employee in the Oceanport school district for almost 20 years, and credited that experience for some of her closest friendships. She loved finding bargains, traveling with her sister, playing bingo with her friends, trips to Atlantic City, and spending time with her family (most especially her two granddaughters who could bring out the very best in her). She came from “tough German stock” and was determinedly independent to the end.

Barbara was predeceased by her husband, Richard W., her sister, Mary Ann Egan, and her brother, Bruce Albert. Surviving are her son and daughter-in-law, Richard C. and Jennifer Lawrenson, and two granddaughters, Kaitlin and Riley, Morganville, NJ, and her brother and sister-in-law, Charles and Carol Albert, Turnersville, NJ.

With the best interest of family and friends at heart, a Memorial Celebration of Barbara’s life will be held at a later date. Entombment will be held privately at Woodbine Mausoleum in Oceanport. Memorial donations may be made to St. Jude Children’s Research Hospital

, P.O. Box 22478, Oklahoma City, OK 73123. The family invites you to leave a letter of condolence at www.damianofuneralhome.com.