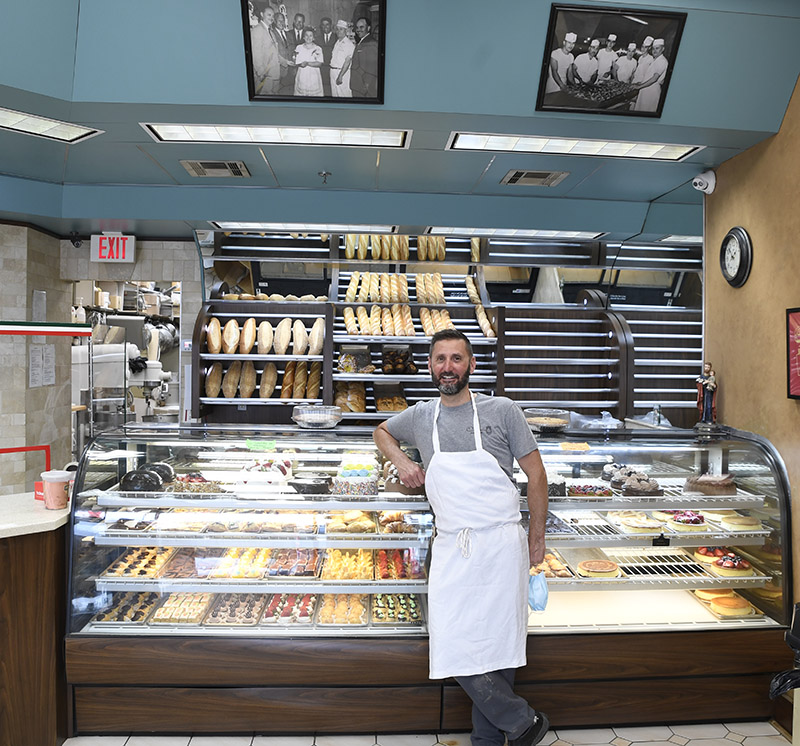 By Walter O’Neill, Jr
Long Branch – In 1960 the average cost of a new home was $12,700 and a new car was $2,600 and gas was 25 cents a gallon. It was also the year that Joseph and Mary Caputo opened their Italian Bakery on South Broadway. 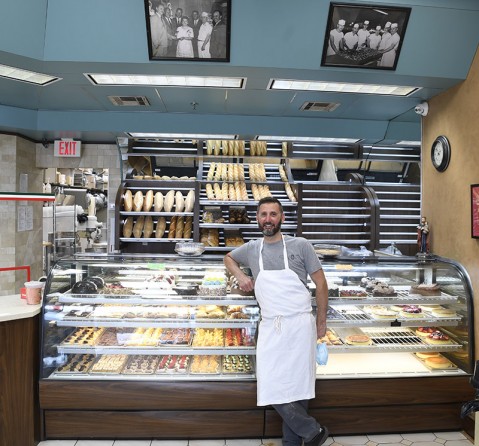 “My grandfather and grandmother were from Brooklyn where the family had an Italian bakery. They had seen an ad in an Italian newspaper that lots were for sale in Oceanport. So they came down and built a summer home,” said Joe Caputo, third generation baker and current owner of Caputo’s Italian Pastry Shoppe. “They loved the area and decided to move here and open a new bakery in Long Branch. It opened on June 5, 1960.”
Caputo’s Bakery Shoppe

In the early 1970’s Joseph passed away. “My dad, Jack Caputo and my grandmother took over the business. My dad started working with my grandfather when he was eight years old,” said Joe. In 1980, Mary retired and left the business to Jack.

Joe said that he is the youngest of three. “I have two older sisters, Marie and Ursula. My dad said, ‘You want to eat; you have to work. Between the three of you pick the days you want to work,”’ added Joe. At that time, he was about 10 years old and decided Saturday mornings would be his day. “We would get to work between 3:30 and 4:00 in the morning. Growing up I never watched Saturday-morning cartoons because  I was working.”

When Joe graduated high school his father asked him a simple question. “What are you going to do? You can go to law school, work on a garbage truck or work with me. So, I went to work with my dad full time and have never regretted a minute,” said Joe.

As third generation baker and business owner he is grateful for the time he spent in the kitchen with his father. Over the six decades the business has changed. “We now offer more Americanized items. Of course we still have the Italian specialty cookies and cakes. But, we still use the original recipes of my grandparents and even have a Hobart mixer my grandfather purchased in the 1940’s,” said Joe.

When asked what his favorite thing to bake is, he smiled and said it’s not just one thing. “Honestly it’s the holidays. Christmas is such a rush, we start preparing a week before and then it’s just a complete rush. And that adrenaline rush and just seeing our customers happy is my favorite part of the job.” Joe said. He also pointed out that when he turned 34 years old he knew that the family bakery was for him. “When my wife and I started our family, I knew my grandfather and father ran this business and raised a family and I would do the same.”

If you’re wondering if a fourth generation Caputo is in the mix, well Joe has three children. “My son Jack is 15, then my daughter Ava and the youngest is Tessa at eight years old. Ava is great in the front of the shop working with customers, Jack likes to be in the kitchen, but I think he wants to be a chef not a baker,” Joe said. Both have spent time with their dad in the store and now Tessa is getting to that age where she will start to experience the family tradition.

Joe said it is very satisfying to operate a family business and he has been fortunate to have a great staff that has been loyal to the Caputo’s. When the COVID-19 closing started, he was thinking that he would have to close the shop. However, he started with the social distancing, restricting the number of people in the bakery, cut back his hours and days. “Mayor John Pallone called and thanked me for everything we were doing and said that he and many were thankful that they could still buy fresh bread, cakes and cookies,” said Joe.

Caputo’s is also known for more than their delicious pastries, cookies, cakes, pies and bread and they are also huge supporters of their communities. All three generations of bakers had been part of volunteer organizations and believe in helping and supporting their neighbors.

Joe still uses the mixer his grandfather bought in the 40s.

Grand opening of the shop on Broadway

The bakery on Broadway was there until the 1970, then they moved to Ursula Plaza.