West Long Branch – The virtual council meeting was held on June 3, where the governing body of the borough adopted their 2020 budget. Bob Oliwa, who provides West Long Branch with auditing services, stated that finances are in great shape. 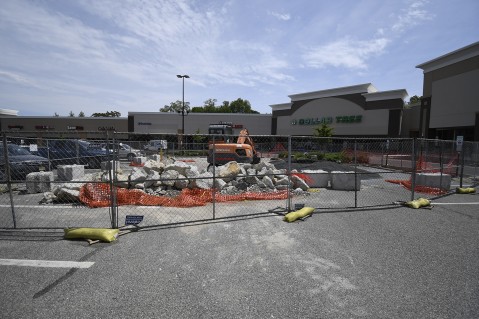 Cranbury Design Center for your virtual kitchen and bathroom design

As of the time of the council meeting Monmouth County had recorded 8,400 positive COVID-19 cases. West Long Branch had 64 of those.

It was also announced that the July 4, fireworks display was postponed until Labor Day. The company that the borough uses has the weekend of September 7 open and available.

Councilman Christopher Neyhart said that during the month police responded to 22 motor vehicle accidents. He added that last year for the same time period they had 37 accidents, so the COVID-19 stay at home order did have an impact on the collisions. Police also made one arrest for simple assault and responded to numerous fire and burglary alarms. “I also want to praise our officers who assisted in the Long Branch and Asbury Park protests,” he said. In regards to the government stimulus payments he stated that those not receiving direct deposit were mailed debit card. However, the envelope had no official marking and the return address was “Money Network Cardholders”,  so some may have mistaken it for a credit card offer and thrown it away.

Councilman Matthew Sniffen stated that borough hall has been outfitted with the COVID-19 protective glass for employees and they are hoping to get the library done shortly.

Everything is Elementary  with A Plus Pools

Municipal Clerk Lori Cole said that the primary which was scheduled for June 2, was moved to July 7. “It will be a totally different election. A majority will be mail-in ballots and only one polling station will be operated and it will be in council chambers,” said Cole. Only disabled voters will be allowed to use the voting machines, others who do not use the mail-in will be considered provincial. “Monmouth County will be providing personal protective equipment. It will be a very different election with a new system, new machines and the county providing drop off locations for those who want to drop off their ballots.” The county will release the locations of the drop boxes which will have closed circuit television cameras on them as a security procedure.

Borough Attorney Greg Baxter stated that the New Jersey is attempting another “money grab” by imposing a one-dollar increase on motor vehicle summonses. West Long Branch will increase the fines so they don’t lose money.

Councilman Steven Cioffi said that outside dinning will be available in West Long Branch starting June 15. He stated that only about 8 to 10 merchants were interested in providing the service. He also suggested that the borough waive whatever fee is imposed on those merchants. Baxter pointed out that they could only dismiss a municipal fee, and county or state fees will still be required.

Cioffi also spoke about a sink hole which is located at Consumer Center in front of the Dollar Tree store. According to Cioffi the property owners have attempted to repair the problem in the past but have recently been lacking in a proactive response. The area around the hole is fenced off and Cioffi stated that if the owner and contractor didn’t expedite repairs he would, as OEM director, close off more of the parking lot.