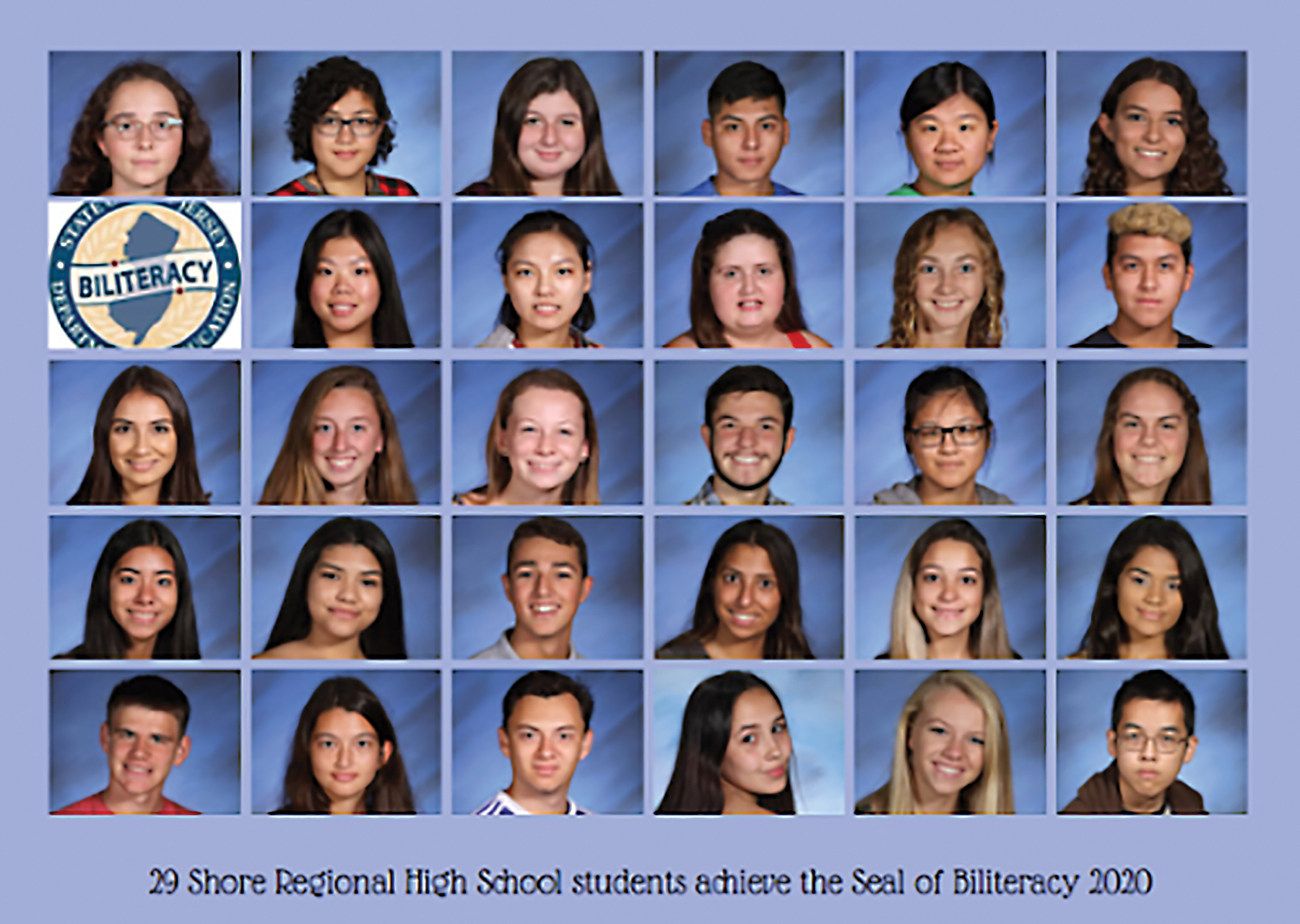 Twenty-nine Shore Regional High School seniors have earned the New Jersey Seal of Biliteracy for demonstrating a high level of proficiency in speaking, reading and writing of one or more world languages in addition to English. 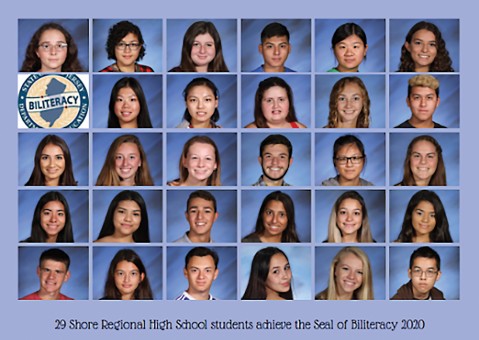 Students who achieve the Seal of Biliteracy receive a certificate noting their name and language(s) of attainment from the New Jersey Department of Education (NJDOE). In addition, SRHS transcripts will be annotated with the insignia “New Jersey State Seal of Biliteracy”. This Seal provides evidence of linguistic skills that are attractive to future employers and college admission offices.

In order for students to be considered for this recognition, they must meet the following criteria:

Students must demonstrate a proficiency level of Intermediate Mid (as put forth by the American Council on the Teaching of Foreign Languages) in a world language.

Students must demonstrate proficiency in English and mathematics by meeting State high school graduation requirements or the related alternative.

English Language Learners (ELLs) must have met the ACCESS 2.0 proficiency requirements by their junior year.

All students must achieve graduation requirements in all other content areas.

Scala’s Pizza on the go

On January 19, 2016, New Jersey became the 15th state to implement a legislated statewide Seal of Biliteracy and this is Shore Regional’s third year of participation in the New Jersey State Seal of Biliteracy program. These members of the Class of 2020 will earn the distinction with an honor cord at graduation in June. In addition, all students will be recognized at a Board of Education meeting later this Summer. Congratulations to all on this great achievement!