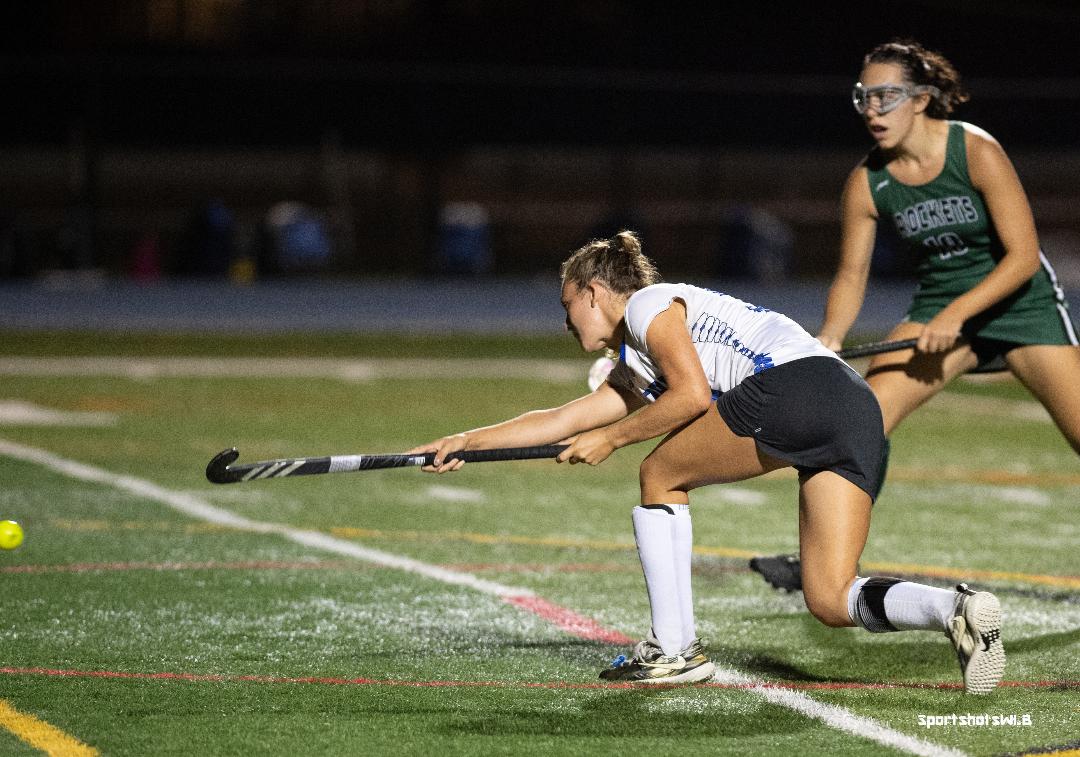 During the first three games of the 2020 season Ryan Malfa (center) a senior midfielder for the Blue Devils of Shore Regional has scored 4 goals and had 7 assists.

Koenig took over, immediately putting her mark on the program. She has accumulated an impressive 128-22-3 record during the past seven years, winning a few state titles along the way. Last year her team finished 24-3 and was the NJSIAA Group 1 champion with a 3-1 win over Haddonfield. Shore lost 2-1 to Clearview in the first round of the Tournament of Champions.

WindMill Hotdogs “for a taste of summer all year round”

For 2020, the field hockey prognosticators have selected the Blue Devils of Shore Regional as the top team in the Shore Conference and the tiny Group 1 School is picked seventh overall in New Jersey, just one above longtime rival Rumson Fair-Haven.

“With all the uncertainty going on, high school coaches and players are truly taking every day as it comes. In a moment’s notice, a season could change. We felt it was important to honor our seniors early in the season for their commitment to the program,” said Koenig.

Shore opened the season on October 1, when they traveled to Freehold Township and beat them 7-0. Four days later was the first home game of 2020 and the night that the Devils honored their seniors.

“Our senior class, although small, has made their mark. Ryan Malfa, Abby Kopec, Carly Cole and Gabby Giglio have all grown tremendously throughout their four years on and off the field,” Koenig said. They’ve matured in their style of play, commitment to the program, and their ability to lead.”

The Devils hosted the Rockets of Raritan that evening, dominating the game winning 6-0.

Shore scored three goals in the first half and finished with three in the second. Cole and Giglio each had two goals, Cole and Malfa both scored one goal. Getting assists were Malfa with two, Cole and Alex Muscillo each had one.

“I am proud of what this senior class has done and will continue to do for their teammates. Their senior year looks and feels different than what others in the past may have experienced, that is without question,” said Koenig.

The coach talked about how they did not get their usual workouts in over the summer and the season started much later. “Despite the many obstacles set before them in our ‘new normal’, as a class, our seniors worked to keep our team collectively focused on common goals while pushing their teammates to stay committed to their independent training habits,” Koenig said.

Two days after hosting the Rockets, Shore traveled to Raritan and crushed them 12-0. In the game, Cole, Libby Doehner and Malfa each had three goals. Maryn Zenkert, Maggie McCrae and Peyton Shaw all had one goal in the victory.

Reflecting on the senior night at Shore Regional, Koenig said that the team can’t take anything for granted. “This year, we have reinforced the idea of practicing or playing every day like it’s our last. And not to let this difficult reality lead us to fear but instead to a greater appreciation of each other and the opportunity to play a sport we love together,” she said.
Shore Regional Field Hockey Schedule

Carly Cole (41) a senior at Shore scored 4 goals and had 4 assists during the two wins over Raritan. During the season opener in Holmdel she had 2 goals.

Gabby Giglio started the 2020 season with a goal in the Shore Regional victory over Holmdel. Then in the 6-0 win over Raritan she knocked in two goals.

During the first three games of the 2020 season Ryan Malfa (center) a senior midfielder for the Blue Devils of Shore Regional has scored 4 goals and had 7 assists.