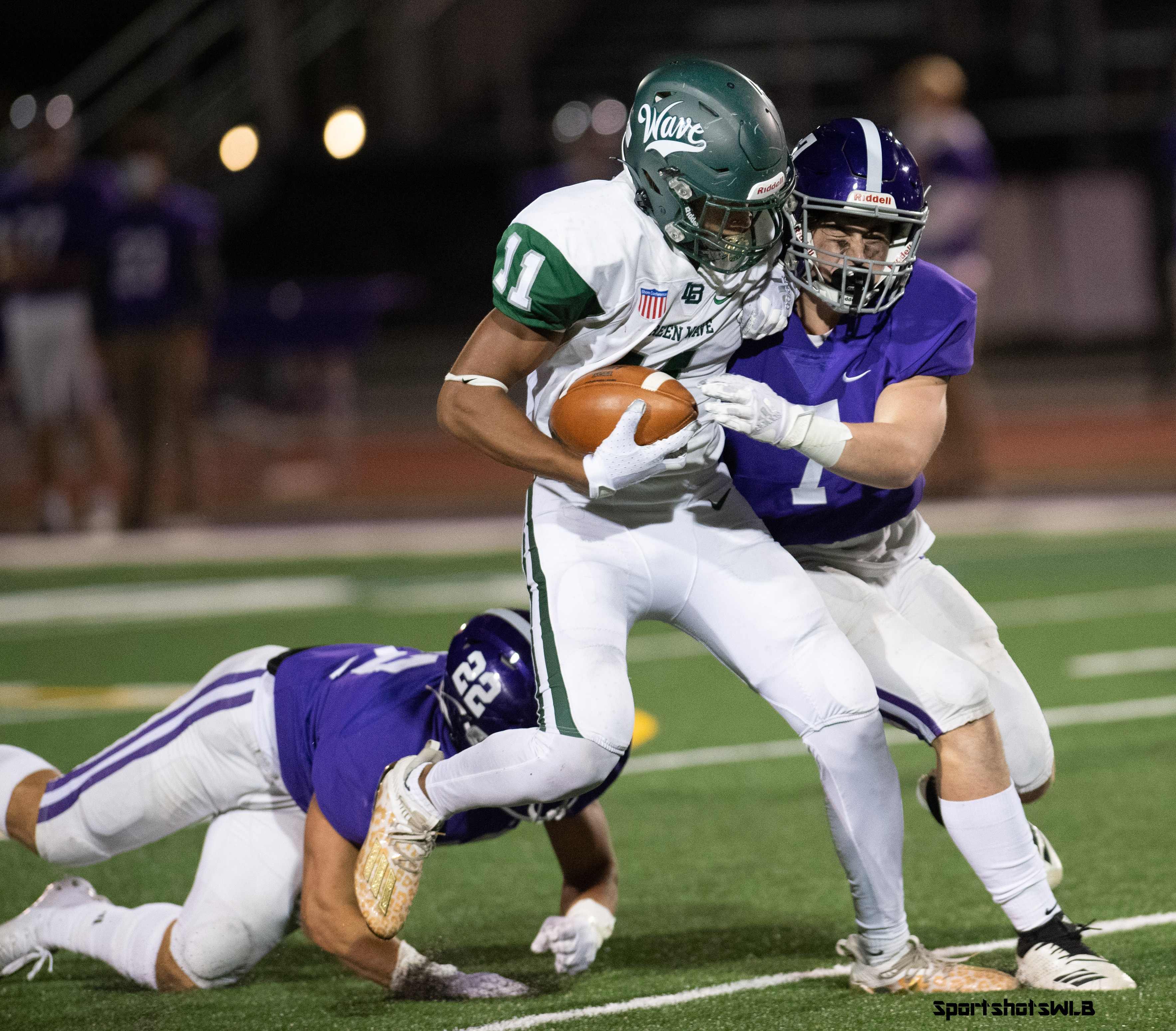 Over the past few years the Bulldogs have built a program that has consistently been in the top of the Shore Conference and last year made it to their seventh consecutive NJSIAA state sectional final. Last year they finished 6-5, in 2018 and 2017 they went 10-2, were 9-3 in 2016 and 10-2 in 2015. They are a team that has been known for the offensive power. On Friday night they showed how strong they are defensively as they held Long Branch to 54 rushing yards and only 149 total offensive yards, beating them 28-0.

Long Branch has had a roller-coaster few seasons. Last year they went 4-7, had a great 2018 finishing 12-1 and winning an NJSIAA Bowl Game. In 2017 Long Branch had a 9-3 record and were 2-8 in 2016 and 3-7 in 2015. One of the trademarks of a Green Wave team is speed, and this year they continue with that tradition with several players that are extremely quick and agile.

The Rumson Fair-Haven defense intercepted Long Branch three times in the first half, recovered a Wave fumble and held them scoreless. In fact, Long Branch only made it inside the Bulldogs 20-yard line once during the game.

On the offensive side of the ball, John Voker, who last year ran the ball 121 times for 675 yards, has a huge game against the Wave. He had 11 touches, ran 171 yards and scored three touchdowns.

Christian Rodriguez, junior quarterback for the Green Wave, completed 10 of 23 passes for 97 yards. He had negative 4 yards rushing on 14 carries. Sekou Kamau, sophomore running back, had the biggest night on the ground for Long Branch getting 29 yards on 7 touches. He also had 3 catches for 27 yards.

Long Branch will host Middletown North (0-2) on Friday night, October 16, 2020 at 7:00 p.m. As a result of the pandemic, only spectators with tickets will be allowed into the game. However, Long Branch High School Athletic Department offers a streaming package. For more information, contact Jason M. Corley, CMAA at 732-229-7300, Ext. 41810.

The Bulldogs will travel to Red Bank Catholic, who is currently ranked sixth in the Shore Conference and 22nd in the state, on Friday night at 7:00 p.m.

Blasting through the defensive line of the Bulldogs is Long Branch High School running back Bobby Lawrence (20), a senior.

Andrew Conklin (52) a senior linebacker for the Green Wave looks like a seasoned running back during the game at Rumson Fair-Haven.