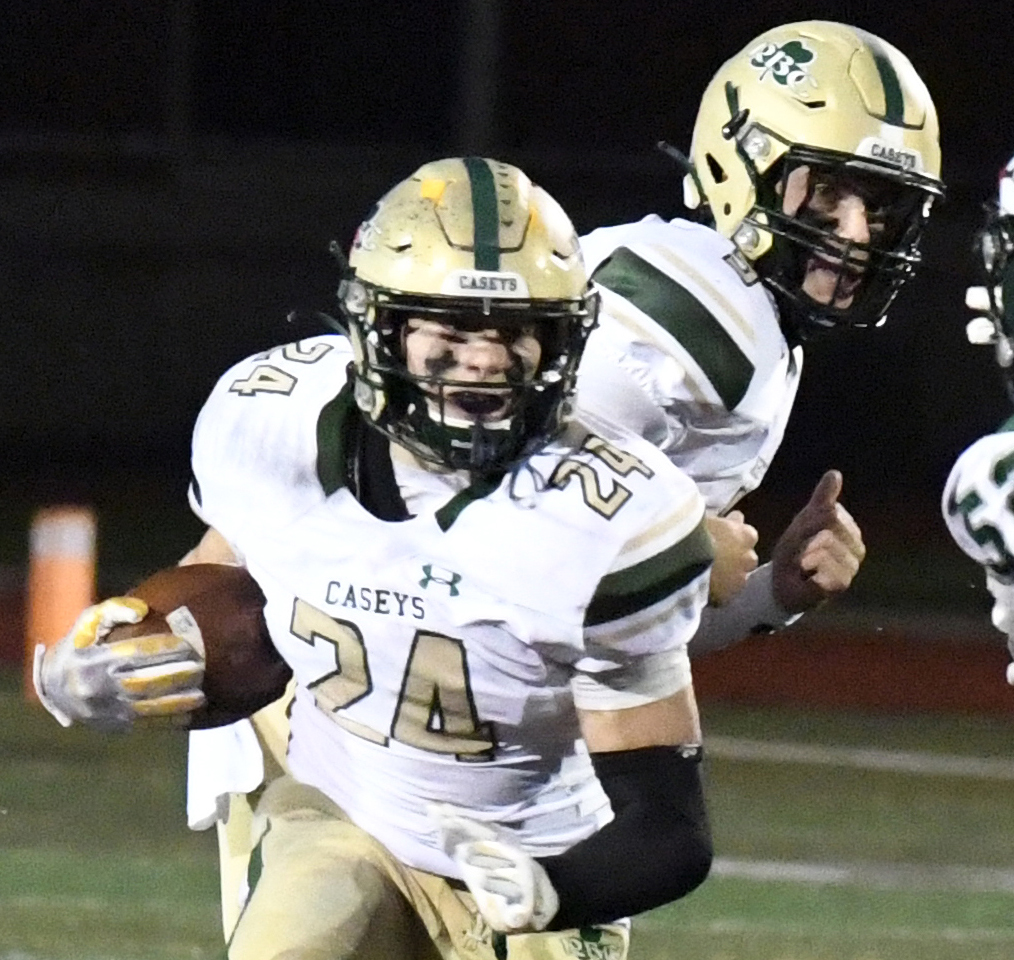 The two schools met Mischief Night on Army Ippolito Field at Bressett Stadium in Long Branch, where the Caseys took the 14-0 win.

Mischief Night both Red Bank Catholic and Long Branch were offensively inept during the first half. There were miscues and missed opportunities for both. The first half ended scoreless.

Gladstone Financial – Checkups are good for your financial health

In the third quarter the Caseys finally put some points on the board. With 2:38 left in the quarter, RBC had a third and goal at the Long Branch 8-yard line. Anthony Borriello, the Caseys quarterback, found Najih Rahman in the end zone. Michael O’Connor kicked the extra point and going into the fourth quarter they had a 7-0 lead on the Wave.

WindMill Restaurant – The taste of summer all year round

In the fourth quarter, RBC had a second and goal at the Green Wave 6-yard line. Borriello handed the ball to Daniel Brewton, who powered in for the second touchdown. O’Connor was good on the extra point and that was all they needed for the 14-0 win.

Borriello completed 6 of 13 passes for 49 yards. He also ran the ball six times for 32 yards. The biggest ground gainer was Sabino Portella who had 103 yards on 17 carries. Brewton ended with 48 yards on 13 touches.

Long Branch seemed to be focusing their offense heavily on the athletic ability of quarterback Christian Rodriguez. He completed 4 of 13 passes for 26 yards. He also ran the ball 14 times during the game finishing with 28 yards. Sekou Kamau had 11 carries for the Wave for 24 yards.

Defensively, both schools from their lineman to the safeties were hitting hard, the sound echoing throughout the stadium. Players from both teams also displayed high sportsmanship, after each hard hit they helped each other up and congratulated each other for the hit.

It was the fifth game of the shortened COVID schedule and the Caseys of RBC shutout the host Green Wave. It was the third time this season that Long Branch was held scoreless, and was their fourth consecutive loss.

Long Branch started the season with a 14-10 upset win over a higher ranked Middletown South. That win put LB into the top 10 teams in the Shore Conference. Then they suffered a 28-0 loss to Rumson Fair-Haven, 6-0 to Middletown North, 34-20 loss to Mater Dei and then the shutout by the Caseys.

It was announced that Long Branch will be on the road at Old Bridge on Friday night.