‘The Time is Always Right to do What is Right’ 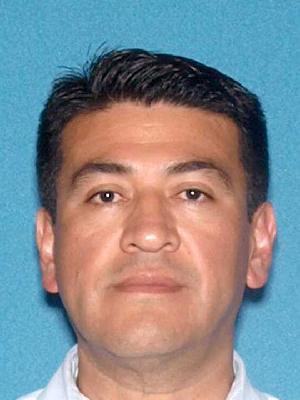 Gustavo Barrientos, 53, of Tinton Falls, is charged with first degree Aggravated Sexual Assault and second degree Endangering the Welfare of a Child. He resigned from the Long Branch Public Schools in March 2020.

Through the investigation, law enforcement learned that while employed as an elementary school teacher in the Long Branch School District, on multiple occasions, Barrientos would show a 10 year old female student pornography and sexually assault her.

The investigation was the product of a joint investigation by members of the Long Branch Police Department and the Monmouth County Prosecutor’s Office Special Victim’s Bureau.

Barrientos was taken into custody on February 14, 2021, and transported to the Monmouth County Correctional Institution in Freehold Township pending a detention hearing.

If convicted, the defendant is facing up to life imprisonment on the aggravated sexual assault charge and up to 10 years imprisonment on the Endangering the Welfare of a Child charge. In addition, he would be subject to Parole Supervision for Life and required to register under Megan’s Law.

Investigators are seeking additional information about Barrientos’ activities. Anyone with any information please contact Detective Todd Coleman of the Long Branch Police Department at 732-222-1000 or Detective Sergeant Shawn Murphy of the Monmouth County Prosecutor’s Office Special Victim’s Bureau at 732-431-7160 ext. 7032.

In checking the Long Branch Board of Education public meeting minutes, published on their website, it noted that Barrientos received two suspensions. The first time was on September 20, 2018 and lists him as a student advisor.

Anyone who feels the need to remain anonymous but has information about a crime can submit a tip to the Monmouth County Crime Stoppers by calling their confidential telephone tipline at 1-800-671-4400; by downloading and using the free P3 Tips mobile app (available on iOS and Android – https://www.p3tips.com/1182), by calling 800-671-4400 or by going to the website at www.monmouthcountycrimestoppers.com.