Devils down Wave for second time 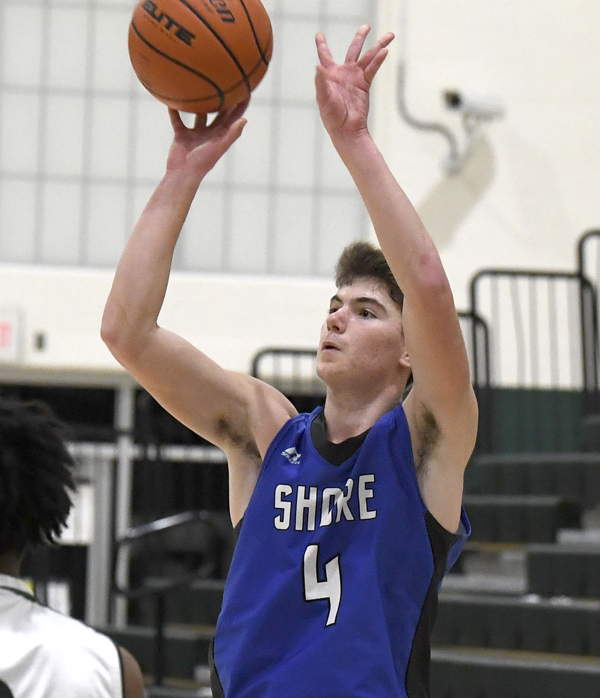 By Walter J. O’Neill, Jr.
February 26, 2021
For the second time this season the Blue Devils of Shore Regional defeated the boys of Long Branch High School in varsity basketball. The first match-up was at Shore on February 16, with the Blue Devils winning 58-41. The second meeting occurred 10 days later and played at Long Branch High School, with Shore taking the victory 47-42.

Game two was much closer than the previous meeting of the two teams. After the first eight minutes of action Long Branch had an 11-10 edge over Shore. Two Green Wave players scored in the first quarter, Morgan Priester hit a three and Josiah Evans had two baskets and a three-point shot for seven of his game-high 16 points.

For the Devils, four of the starting five players scored in those opening minutes. Tyler Tilton and Brett Sweeney each hit a deep three-point bucket, Liam Gajewski also had three points, but his was a basket and one of two foul shots. Chris Kessler had two points for Shore.

In the second quarter four Long Branch players found the rims. Mason Alexander had four points, Basean Fraser made both his foul shots, Evans had another three, and Bruce Gooding made one of two foul shots. Long Branch took a 22-20 lead into the break.

At the end of the third quarter Long Branch had three-point lead, 36-33 and were looking strong going into the final eight minutes. Shore Regional played their best quarter of hoops to close out the game as they outscored the Green Wave 14-6. Tilton had five of his game-high 13 points in the fourth quarter, Gajewski had four of his team leading 14 points in those last eight minutes.

With the win, Shore improved to 4-5 on the season. They will play the Green Wave for a third time this season in a “pod playoff game” on Wednesday, March 3.

Priester, Alexander and Gooding were the only Wave players to score in the last quarter. Evans not only had 16 total points, he pulled in four rebounds, had one assist and two steals. Alexander had a good night on the boards as he pulled down eight rebounds and scored 14 total points.

The loss drops Long Branch to 2-8 on the season. Darnel Tyler, head coach of the Green Wave knows that it is difficult for any team to be beaten three times in one season by the same team.