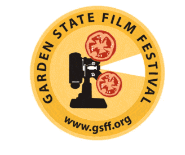 Asbury Park – Celebrating its 19th Anniversary this March 23 – 28, the internationally recognized Garden State Film Festival (GSFF) celebrates the independent film genre by bringing a carefully curated selection of original works to a diverse audience from around the world. Producers are working with F&S Digital again to make GSFF 2021 a hybrid virtual and live event.

All scheduled film screenings will be presented by live streaming online in a dynamic digital format with selected live in-person events and will include world premieres, celebrities, industry panels, parties and networking along with entertainment for all.  Check the schedule for show times and to see which films are screening in-person.

Among the selection of over 300 feature length and short films, videos, documentaries, comedies, children’s, thrillers, student films and “Home-Grown” films shot in NJ, The Garden State Film Festival is pleased to announce that the film Wag, The: ‘Coat of Arms’, directed by Long Branch resident, April Centrone will screen at this year’s festival.

The film’s subject is: The Wag Band presents their new single, ‘Coat of Arms’ in a music video directed, shot and edited by Kira Sanchez and April Centrone of 10PRL Films.

“We are extremely proud to present Wag, The: ‘Coat of Arms’ as a part of our 19th Annual Film Festival, and to share this work with our global audience,” says Lauren Concar Sheehy, the festival’s Executive Director.

The Cranford Theater will kick off the festival March 23rd with Children’s Film screenings at 1:00pm, 4:00pm, and Harry Chapin: When in Doubt, Do Something will begin at 7:00pm. The festival continues on Wednesday, March 24th, to Sunday, March 28th with films available virtually as well as special events and screenings each night. The Festival presents live in Asbury Park, NJ as state mandates allow. The Gala on Friday, March 26, includes a gala cocktail reception with industry professionals, red carpet photos and a film screening. *COVID-19 State Mandates require a limited size live cocktail party and the screening will be open to all for both the in-person audience as well as the virtual audience. Tickets to the live event are limited and will be available on the website shortly.

Saturday and Sunday offer a schedule packed with films for every viewer, the virtual reading of the winning screenplay, plus industry related workshops. Winners of the festival’s Movie Music Competition will have their musical compositions played before the screenings both live as well as virtually. The festival concludes with an Awards Ceremony at The Asbury Lanes. All events are open to the public following New Jersey State mandates. All live events are separate tickets to confirm with state mandates.

Founder Diane Raver said, “The GSFF will screen over 300 films from 25 various countries. There is something for everyone! Come one, come all, it only happens once a year and we don’t want you to miss it.”

You may purchase a Virtual Multi-Pass that grants access to all Virtual Films, March 24-28, 2021 for $55 or choose a single two-hour screening block for $20.  All in person single screening block tickets are $20 ADVANCE ONLY.

For tickets and more information about this film and other programs, please visit www.gsff.org.