Taking it to the streets to address addiction crisis

City gets Bucky James, LBHA gets land for housing 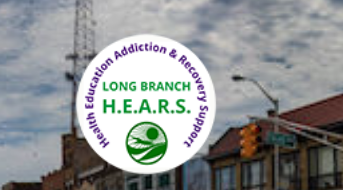 By Neil Schulman
Long Branch — A project to help people in Long Branch with drug addiction by going out on the street to them has helped 128 people and enrolled 30 people in recovery programs.

Lynn Seward of the RWJBH Institute of Prevention and Recovery, which is overseeing the program with Long Branch HEARS, said that they had received the Innovation Project grant in mid-August of last year. A grant from Monmouth County for case management helped them too.

“We went and helped out on the street,” Seward said. They’ve enrolled 30 in recovery programs, and helped out 128 total with referrals and other assistance.

They’ve also been working with police, and recently trained the Long Branch Police Department. One of the goals of Long Branch HEARS is to have addiction treated as a disease, not as a crime, and to look at treatment options instead of incarceration.

“We’ve been getting two to three referrals a week, sometimes three a day,” this way, Seward said — and it’s making a difference to those referred. “Fifty percent are now in some kind of recovery support.”

Representatives have told police they are willing to go into holding cells to talk to people who might be suffering from addiction and offer them help.

Vicky Seward and Joanie Sciorta, who work for the Institute of Prevention and Recovery, described the process of going out on the street.

Sciorta, who is not a local, said before she started with the Innovation Project, she thought of Long Branch mostly as Pier Village. She didn’t know that just blocks away, there were sections where it was obvious help was needed.

“There’s a lot of people on the street and they’re just drinking and drugging in the street,” she said.

Sciorta said members of the Innovation Project just went up to people, offering them giveaways.

“I said, anybody need anything?” Sciorta said. “At the end of one covnersation a man said to me me, ‘I need help right now.’”

The phrase “I need help” are “magic words,” she said. “Vicky assessed him and we were able to get him into detox right away,” she said. He was still clean three months later.

Though they can also provide help with other services. They’ve giving out coats and gloves to those in need.

Sciorta knows from personal experience that reaching out to people and offering help works. More than 30 years ago, someone reached out to her and that led the way to her own recovery.

“If you were betting when I was 27 years old, you’d bet against me,” she said. She knows what to look for and what to offer. “It becomes a day of helping others. Some just want [the giveaways] in the bag, but you know what? It changes lives.”

Susan Marco, chair of Long Branch HEARS, said that you can learn more about Project Innovation, and other services offered, at longbranchhears.com.