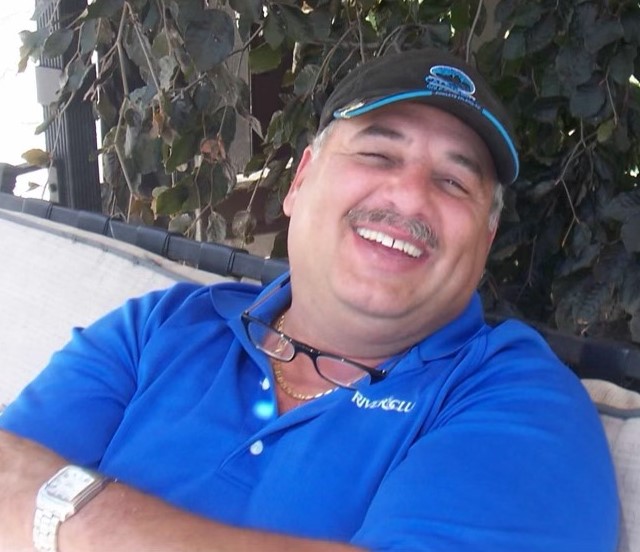 Anthony loved his wife of 35 years, Joann, who he met in the Springdale Cafe in September of 1983. He would call her a million times a day usually just to see what she was doing. He loved to make her laugh and bring home electronics that she didn’t want and puppies that she didn’t want but ended up loving anyway. He was a regular at Costco and when he came home with a haul, she would only shake her head and he would giggle. They had a beautiful life together on Branchport Avenue in Long Branch, where so many people enjoyed their summers swimming at “Club C.”

He was the best at being a dad to his two girls who he would go to the ends of the earth for; Jillian and Jaclyn. He worked hard every day to make all their dreams and wishes come true and was so very loved by them. He always put his family first. He used the term “honey” and always made sure they knew how much he loved them. He was so proud to recently become a “Pop Pop” to his two little sweethearts, Vivia and Cecelia. He loved his sons-in-law, Santo Siciliano and Andrew Mercado, who he knew would take care of his girls. He always took care of his brother, Rocky and loved his two sisters, Angela Ewing, who predeceased him, and Betty Carnes. He is now with his parents, Rocco and Lillian Ceravolo, who he had to say goodbye to far too soon. His stepmother, Alicia Ceravolo, has always been a loving presence. He has nieces, nephews, cousins, and in-laws who just adored him.

He has friends from all walks of life, some of whom he loved going on vacations with. He loved to grill for the “He Man Woman Haters Club”, play bocce in his backyard with his league, and golf with his buddies here and in South Carolina who loved to knock him for his funny antics. He put his heart into every job he completed with his longtime business, Anthony Ceravolo’s Home Improvements; but his favorite project was building both of his daughters’ homes. He was a man with dimples in his cheeks, hands of steel, and a heart of pure gold.

He was known to everyone as “Dizzy.” He played Green Wave football and swore he invented the idea of the endzone dance. He excelled at everything; back when his knees were still good, he was an avid bowler and bowled three, 300 games in a row (we have the rings to prove it). He was a great artist with a creative mind. He was so funny, a man who dressed up like a bride for Halloween and made his bouquet out of sausage. He loved butter on bread, steak that mooed, and shrimp the size of his fist. He was the fixer of everything, our MacGyver. He hated the snow and being cold. He loved a good root beer float and a French cruller. He treated everyone with respect, was honest and generous, and gave the best hugs. For his family and the so many people who loved him, and everyone who did not get the chance to know him, this is an immensely great loss. We will love him and miss him forever.

Entombment will be at Woodbine Mausoleum, Oceanport. For messages of condolence, please visit Dizzy’s page of tributes at www.woolleyboglioli.com.