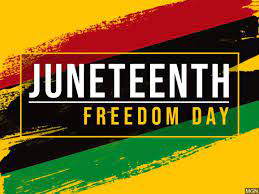 By Neil Schulman, Long Branch —The City of Long Branch is recognizing Juneteenth as an official holiday.

At the May 26 City Council meeting, an ordinance was introduced to make the third Friday of each June an official city holiday. Last year, Governor Phil Murphy declared Juneteenth an official state holiday.

On June 19th, 1865, — the name comes from combining “June” and “nineteenth” — General Gordon Granger rode into Gavelston, Texas, and informed the enslaved people there they had been emancipated. While the Emancipation Proclamation had taken effect in 1863, this was the first time these African Americans in Texas learned of it. Over the last several decades, Juneteenth has become observed in more places.

Councilman Bill Dangler, who is also President of the Great Long Branch NAACP, said there would be a program on June 19, at the Martin Luther King Jr. Memorial Park, Atlantic Avenue. More information on the event will be put up on the city’s website, longbranch.org.

Another historic event, the 12th anniversary of the Jewish War Veterans, was also recognized at the meeting, as Councilwoman Dr. Mary Jane Celli, a veteran, read a proclamation.

Chartered in 1896, Jewish War Veterans is the “oldest continuously operating veterans service organization” in the U.S., she noted.

The proclamation was read this week because it was the last meeting before Memorial Day.