Get you Shot at the Shore 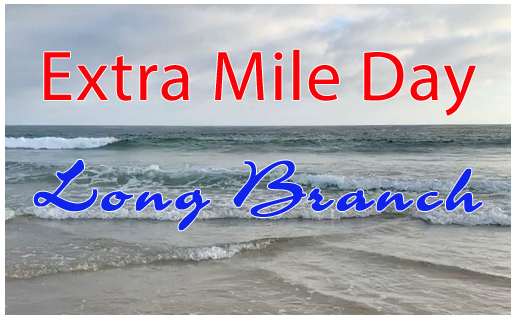 By Neil Schulman,  Long Branch — In a few months, the Long Branch City Council plans to begin recognizing volunteers who make the city a better place. However, the details of how to do this have not been completely settled.

At the May 26 City Council meeting, Councilwoman Anita Voogt discussed the idea. She had originally brought the idea up in March, .as a way to honor those who went the extra mile for the city.

In 2020, “November 1 was declared Extra Mile Day,” encouraging volunteerism, she said. She wants “to extend the whole spirit throughout the year.”

Voogt envisions that every month, the mayor and council will select an awardee to honor. Once a year, there will be a bigger recognition ceremony for all those who have been awarded.

“This November 1 might be appropriate to launch the Love for Long Branch,” she said.

Other council members said they approve of the idea. However, they had questions about exactly how the program will be run and who will determine who should get the recognition. Some didn’t want to commit to making it monthly, in case they didn’t have any nominee for a given month.

Mayor John Pallone said that, when he served as councilman in a previous administration, there had been something similar. While he didn’t remember the specific details, he thought that each council member was responsible for a given month. Current council members said they don’t think it should rotate like that.

Voogt, who said she is willing to run this with assistance from the City Hall staff, said they might put a form on the website and let the public suggest people who have gone above and beyond for Long Branch.

Pallone doesn’t think it will be a problem. “I think there’s going to be no shortage of people you can recognize,” he said.

He also noted that the recognition could take many forms. During the pandemic, the city posted “Hometown Heroes” videos on its website to recognize those on the front lines who were making a difference.