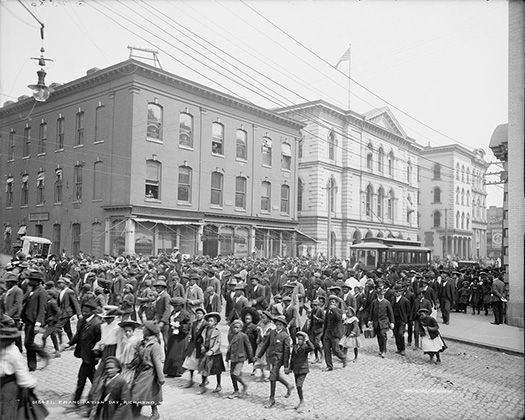 General Order No. 3
“The people of Texas are informed that, in accordance with a proclamation from the Executive of the United States, all slaves are free. This involves an absolute equality of personal rights and rights of property between former masters and slaves, and the connection heretofore existing between them becomes that between employer and hired labor. The freedmen are advised to remain quietly at their present homes and work for wages. They are informed that they will not be allowed to collect at military posts and that they will not be supported in idleness either there or elsewhere.” Library of Congress

On June 5, 1865 the 25th Army Corp, comprised of African soldiers, captured Galveston, TX prior to General Granger arrival to read the General Order.

Many enslavers refused to acknowledge the Emancipation Proclamation or the end of the Civil War, in order to maintain the peculiar institution.

“It gives me great pride to celebrate emancipation and New Jersey’s great diversity by designating Juneteenth as an official State holiday.” said Governor Murphy. “Commemorating this date is just one component of our collective approach to end a generational cycle of pain and injustice that has gone on for far too long. Every Juneteenth, we will celebrate the end of the physical chains which once held Black Americans down. While more work lies ahead to undo the oppression that remains, Juneteenth is important marker that reminds us of our mission to create a society that enables our Black communities to achieve the full equality which they deserve.”

So, this Friday, June 18 is a holiday for New Jersey citizens and its’ public employees. On that day, New Jerseyans will commemorate 156 years ago enslaved Africans in Texas and other Confederate states, had been read General Order No. 3 that freed enslaved people to work for wages from their enslavers.

At Brookdale Community College, Long Branch, under the leadership of Ed Johnson and Darrell Willis, back in the day Juneteenth was commemorated for several years in city. History, music, and performing arts events were the foundation of the festival from year to year.

Juneteenth also known as Emancipation Day, is to acknowledge that freedom was not a reality for all if some remained physically and psychologically enslaved!

1963 – Medgar Evers, civil rights activist and NAACP Field Secretary was assassinated in the driveway of his home in Jackson, MS by a segregationist