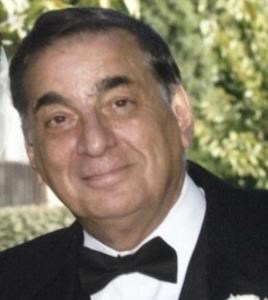 Neil Anthony Esposito, 81, of Fort Myers, Florida, passed away peacefully at home on July 20, 2020 after a series of complications from Parkinson’s disease. Neil was born on August 13, 1938 in Bayonne, NJ and grew up there with his parents and younger brother. Most of the extended family including aunts, uncles and cousins all lived in the same neighborhood. He later moved to Matawan, NJ with his beloved wife and two children. He remained a lifelong resident of NJ, living in Long Branch for many years before finally relocating to Fort Myers, Florida in 2018.

He started his sales career in the envelope business back in late 1970’s. He was a successful salesman with United Envelope for almost 35 years up until the time of his death. He had a true passion for his job and knew the envelope business inside and out. He could tell a story like no one else and enjoyed being the life of the party. When Neil spoke, everyone listened. In his spare time, he enjoyed visiting Atlantic City, the racetrack, the beach and going out to dinner. Or as Neil liked to call it “wine and dine”. Neil was a devoted husband, loving father, wonderful pop-pop, dear brother, friend, and mentor to so many. He left quite an impression on everyone he met and will be greatly missed.

He was predeceased by his parents, Jerry and Mae Esposito, his brother, Jerry Esposito and his beloved wife, Patricia. Neil and Patricia had celebrated an amazing 56 years of marriage just a few months before her passing. He is survived by his daughter, Nicole Muschello, son-in-law, Joseph Muschello and granddaughter, Gianna Muschello, his son, Gerald Esposito and many cherished extended family and friends.

A memorial gathering will be held on Tuesday, July 20,2021 from 11 am until the time of the service at 12 noon at the Damiano Funeral Home. In lieu of flowers, please consider making a donation in Neil’s memory to the American Parkinson’s Disease Association, www.apdaparkinson.org/get-involved/memorial-and-tribute-gifts.

To send flowers to the family or plant a tree in memory of Neil Anthony Esposito, please visit our floral store.